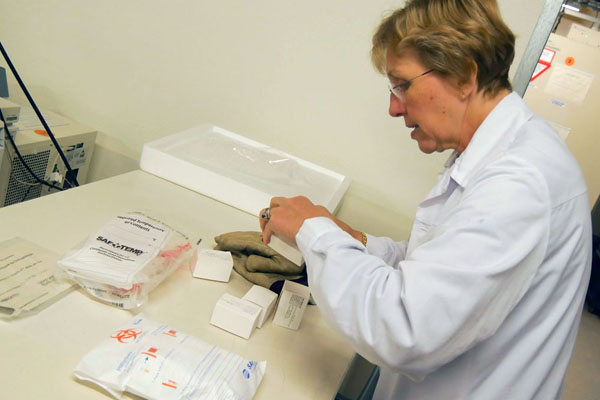 Geneva, Switzerland — The United Nations World Health Organization (WHO) has convened a meeting with top government officials from Ebola-affected countries, regulatory agencies, vaccine manufacturers and funding agencies to discuss and agree how best to best fast-track testing and the deployment of vaccines in sufficient numbers to halt the spread of the deadly virus.

WHO said on Friday that these vaccines are expected to have a major impact on further evolution of the epidemic, with trials already underway in the United States and soon to begin in Africa, Germany and Switzerland to determine safety, dosing and efficacy.

Participants at Friday’s meeting agreed that the results from phase 1 clinical trials of most advanced vaccines are expected to be available in December 2014. Efficacy trials in accepted countries also will begin in this timeframe.

“As a group, we are accelerating in a matter of weeks a process that typically takes years, ensuring that safety and effectiveness remain the top priorities with production speed and capacity a close third,” said Marie-Paule Kieny, WHO assistant director general of health systems and innovation.

Meanwhile, pharmaceutical companies developing the vaccines committed to ramp up production capacity for millions of doses to be available in 2015, with 100,000 ready in the first half of the year. Regulatory authorities in countries where the vaccines are manufactured and in Africa are under extremely short deadlines to have vaccines approved.

Community engagement is also vital and work should be scaled up urgently in partnership between local communities, national governments, nongovernmental organizations and international organizations, WHO said.

Speaking to journalists in Geneva on Friday morning, Fadéla Chaib, also for the WHO, confirmed the first Ebola case in Mali.

A two-year-old girl fell sick on 20 October in Kayes, 600 km away from Bamako. Chaib said the little girl has since been transferred to a hospital after her treatment in a paediatric centre on 21 October. She had been had been travelling with her grandmother to Guinea.

Local authorities have identified 43 persons who had been in contact with the little girl and her grandmother, including 10 health care personnel who had taken care of the girl in the paediatric centre before her transfer to the hospital. Those contacts were under control and the paediatric centre had been disinfected.

On 19 October, WHO deployed a team to Mali and Côte d’Ivoire in order to prevent the spread of Ebola in the neighbouring countries. In the next 24 hours, WHO will send reinforcements to its team on the ground to help strengthen the local health care system.

Several other UN agencies and partners continue to deliver much-need assistance to the affected countries, including United Nations Children’s Fund (UNICEF) who with its flights scheduled to arrive in Monrovia on Friday and on 27 October, is delivering 5,976 Ebola protection kits — buckets, soap, gloves and garbage bags, as well as pharmaceuticals items.

UNICEF also increased its stock of body bags, bringing the number to 20,000 for adults and nearly 5,000 for children.