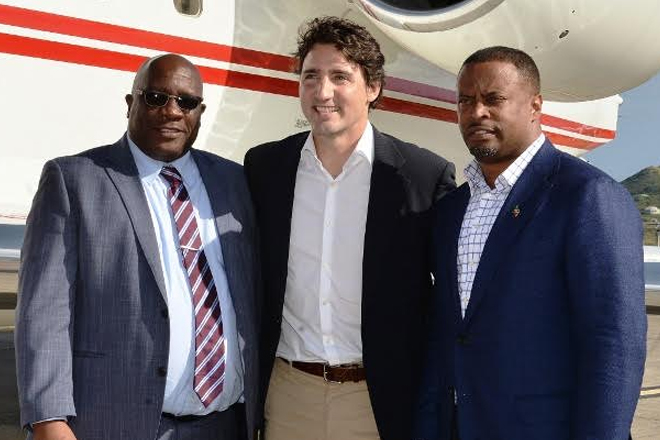 (ZIZ News) – The recent visit of Canada’s Prime Minister, Justin Trudeau, to St. Kitts and Nevis, is making headlines around the world.

In an online article published on January 10th, the Canadian Press wrote “There was also room for some diplomatic business as Trudeau met, and was bid farewell at his Jan. 8 departure, by the Prime Minister of the islands, Timothy Harris, and the country’s Foreign Affairs Minister” while another Canadian publication, Toronto Life, penned “Canada’s boyfriend, Prime Minister Justin Trudeau, took the wife and kids for a holiday vacation on the island of Nevis at some point shortly after Christmas.”

That article zoomed in on some of Trudeau’s activities while in the federation, including his time at Paradise Beach Resort. It referred to the resort as “a fancy beachside getaway that advertises its concierge services and in-house spa treatments.”

Z1035.com is also talking about Trudeau’s visit and Nevis too. In its January 11th write up on the vacation, the online publication printed “Nevis is a small island in the Caribbean Sea that forms part of the inner arc of the Leeward Islands chain of the West Indies,” adding, “Nevis and the neighbouring island of Saint Kitts constitute one country: the Federation of Saint Kitts and Nevis” and continuing with more details about the federation’s geographical location.