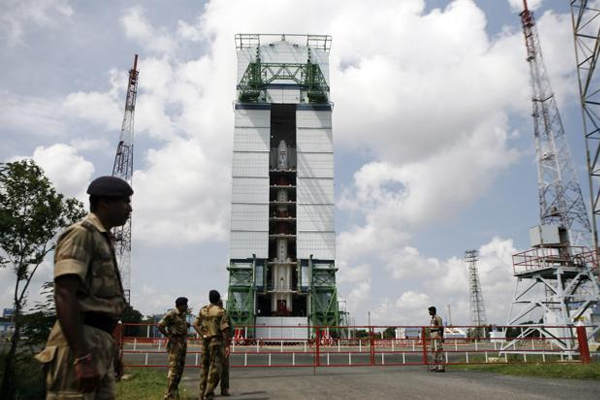 Hong Kong (CNN) — A successful mission by India’s Mars orbiter would make the country the first Asian nation to reach the Red Planet — and provide a symbolic coup as neighboring China steps up its ambitions in space.

Tuesday’s launch was successful, but the plan to send the Mangalyaan, or “Mars craft,” on a 680 million-kilometer journey into Mars’ orbit has given further credence to claims of an intensifying — although officially unacknowledged — space race developing in Asia, with potentially dangerous ramifications.

“I believe India’s leadership sees China’s recent accomplishments in space science as a threat to its status in Asia, and feels the need to respond,” says Dr James Clay Moltz, professor at the U.S. Naval Postgraduate School, who sees increasing competition for space-related power and prestige in Asia that echoes the Cold War space race of the mid-20th century.

While Koppillil Radhakrishnan, the head of India’s Space Research Organization, has stressed his country is not engaged in competition with any other nation, the mission — to put a probe into an elliptical orbit around the red planet, mapping its surface and studying the atmosphere — has been freighted with patriotic significance since its inception.

I believe India’s leadership sees China’s recent accomplishments in space science as a threat to its status in Asia, and feels the need to respond Dr James Clay Moltz, U.S. Naval Postgraduate School, Prime Minister Manmohan Singh announced the 4.5 billion rupee (US$74 million) mission on India’s Independence Day last year, just months after a failed joint mission to Mars by Russia and China — India’s great regional rival for superpower status and the most rapidly accelerating space power. To date, only the U.S., Europe and the Soviets have successfully sent spacecraft to Mars — Japan’s 1998 Nozomi orbiter was also unsuccessful.

But not everyone will be cheering from the sidelines. Economist Dr Jean Dreze of the Delhi School of Economics questions the wisdom of investing resources in a flag-waving trip to Mars when the country faces such pressing development needs at home.

“Much as I admire India’s Mars mission as a scientific achievement, I am unable to understand the urgency of getting there,” he told CNN. “The country would be better served if the same resources, talent and zeal were focused on public health or solar energy. This is a prime case of trying to climb the ladder from the top.”