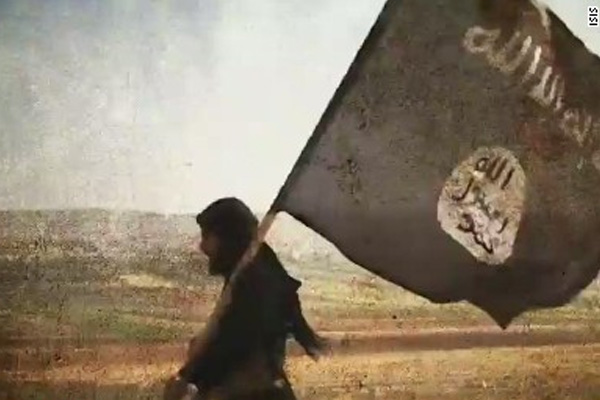 ISIS’ use of children: Propaganda and military training

(CNN)– ISIS’ recent video showing a child shooting a man whom the extremist group claimed was an Israeli spy is the latest example of how the militants exploit children in their propaganda.

As ISIS encourages foreign fighters to bring their families into the parts of Syria and Iraq where it imposes its brutal rule, the catalog of children taking part in shocking acts is grim and growing.

The deeply disturbing cases shine a light into the range of ways the militants are using children to further their aims.

In August, an Australian man who had taken his young family to join ISIS in Syria posted a photo on Twitter of his 7-year-old son using both hands to hold up a man’s severed head. “That’s my boy,” the father wrote alongside the photo, which was reportedly taken in ISIS’ Syrian stronghold of Raqqa.

In a video the jihadist group released in January, a boy with long hair wearing a black sweater and military fatigue pants appears to shoot two men in the back of the head. The boy then stands over one of the bodies, fires two more times, and later raises his pistol in the air.

Last month, when ISIS publicized its immolation of the captive Jordanian fighter pilot Lt. Moath al-Kasasbeh, one of its videos showed a young boy watching a public screening of the killing in Raqqa and saying that he would “burn the pilot” himself if he had the chance.

‘Cubs of the caliphate’

Those examples reflect a broader effort to induct children into ISIS’ campaign of violence.

ISIS has also promoted videos of young boys training as fighters, some of them wearing the militants’ black masks, holding bullets and waving the group’s flags.

The jihadist movement has called the boys the “cubs of the caliphate,” a reference to the way ISIS fighters refer to one another as “lions.”

It has taken over schools with the purpose of indoctrinating children. Human Rights Watch has said that ISIS and other extremist groups “have specifically recruited children through free schooling campaigns that include weapons training and have given them dangerous tasks, including suicide bombing missions.”

The United Nations has said there are confirmed reports of children as young as 12 undergoing military training.

One 15-year-old boy told CNN in November how he was regularly strapped into an explosive vest and handed a pistol, an AK-47 and a radio to stand guard at an ISIS base in Syria.

Another boy told CNN last year that ISIS forced his father to send him to one of its children’s camps in northern Syria when he was just 13.

“For 30 days we woke up and jogged, had breakfast, then learned the Quran and the Hadith of the Prophet. Then we took courses on weapons, Kalashnikovs and other light military stuff,” said the boy, who later fled to Turkey with his family.

Some of the militants at the camp were kind, joking and laughing with the younger recruits, he recalled. Others made the boys watch hideous things.

“They used to bring young [kids] to the camp to lash them,” said the boy, whose real name was withheld because of fears for his safety. “When we go to the mosque, they order us to come the next day at a specific time and place to [watch] heads cut off, lashings or stonings.”

“We saw a young man who did not fast for Ramadan, so they crucified him for three days, and we saw a woman being stoned [to death] because she committed adultery,” he said.

Syrian activists say that some of the boys indoctrinated and trained at such camps are now being killed on the front lines of battle. CNN is unable to independently verify those claims.

The militant group, also known as ISIL and the Islamic State, is aggressively using social media to try to lure more young people to join its ranks.

The decision of three British teenage girls to travel to Syria last month was a stark example of ISIS’ ability to attract young Westerners.

Another young British woman who left Scotland to join ISIS in 2013 now appears to write a blog about her life under the extremists’ rule, describing perks and offering reassurances to those who might follow in her footsteps.

Western officials, though, say that ISIS is pushing a false narrative of what things are really like in its territory.

But officials also admit they’re struggling to counter the relentless wave of propaganda churned out on social media by ISIS members and supporters.

“There’s no question what we’re combating with ISIL’s propaganda machine is something we have not seen before,” U.S. State Department spokeswoman Jen Psaki told CNN last month.