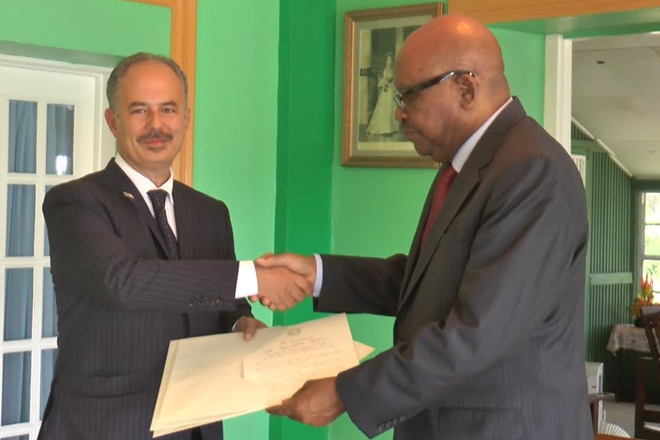 Sir Tapley and Ambassador Apicella spoke of deepening cultural and economic relations with CARICOM countries and projects of mutual benefit.

The Governor General said he was particularly pleased with Italy’s interest in cultural development.

The ambassador was also scheduled to pay courtesy calls on the Prime Minister the Hon Dr Timothy Harris and the Minister of Foreign Affairs, the Hon Mark Brantley later that day.

Ambassador Apicella effectively replaces His Excellency Ambassador Giancarlo Maria Curcio who served the Federation for one year from January 2015.

Ambassador Apicella will be stationed at the Embassy of Italy in Panama.