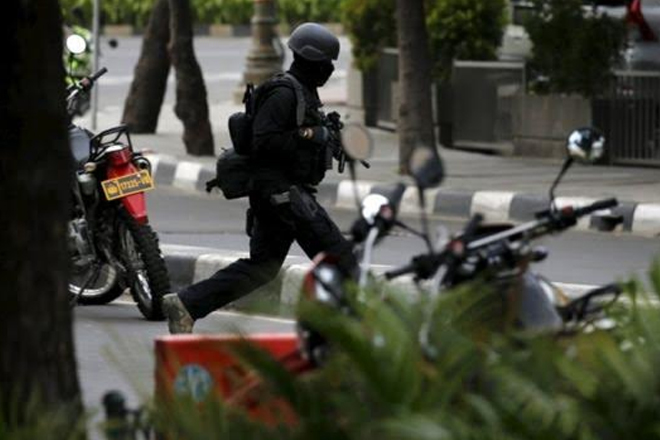 (BBC) The so-called Islamic State (IS) has said it was behind a series of explosions and gun attacks in the Indonesian capital Jakarta.

At least two civilians and five attackers died in the assaults, described as an attempt to mimic the deadly Paris attacks.

Security forces battled militants for hours in a major business and shopping district.

It follows warnings late last year that Islamists were planning a major attack.

IS released a statement online claiming the attacks, which it said were carried out by “soldiers of the Caliphate”, targeting “citizens of the Crusader coalition” against the group.

Jakarta Police chief Tito Karnavian said Indonesian national Bahrun Naim, who has been known to the authorities since at least 2010 and is currently thought to be in Syria, had been “planning this for a while”.