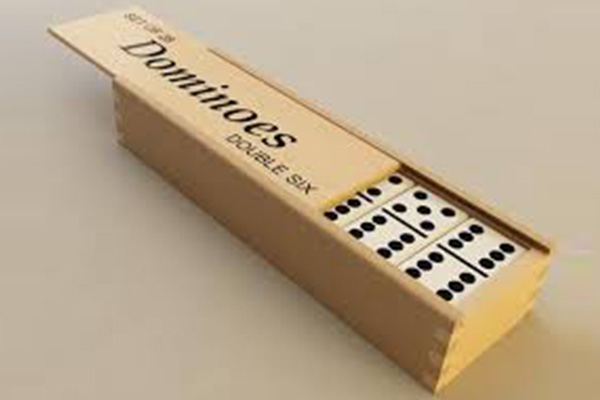 Basseterre, St. Kitts:   It was a rainy evening when on Saturday, 30 November 2013, the Jamaican Kittitian (JamKit) Association hosted its JamKit Non Nationals Domino Tournament 2013 at the Ezee Eats Restaurant & Bar operated by Dennis ‘Indian’ Puran, a Jamaican, at Wellington Road, Basseterre.  The spirits of the players and spectators were not however affected by the weather.  If anything, as the evening wore on and, with top class reggae music from the House of Indian playing in the background, spirits were high in more ways than one!

This Event was another occasion when the JamKit Association made efforts to continue with its community outreach activities in the Federation bringing Jamaicans and friends of Jamaicans together in a fellowship of Nationals and Non Nationals.  The Domino Tournament is another expression of the work of the Association in promoting the cultural diversity of the Caribbean region here in the Federation.

The players included Nationals and Non Nationals representing the Dominican Republic, Guyana, Trinidad & Tobago and the JamKit Association.  The Tournament had three (3) rounds: the Preliminary Random Selection Round where each pair of players competed in four (4) sets of 100, the Semi Final Round which was contested using the best of three (3) sets of 100 and the Final Round using similar sets to the Semi Final Round.  Each round was contested keenly and with much spirit.

The players who contested at the Semi Final level were:

The players in the sharply contested Finals were the pairs representing Trinidad & Tobago and the JamKit Association.  The JamKit Association finalists, Desroy Tate and Anthony Stead, emerged overall winners of the Tournament for the second consecutive outing of this Event and were each awarded a Digicel goodie bag with a cellular phone and a watch from the Tournament’s main sponsor, Digicel.

The pair of Orin Lewis and Melvin Huggins (Guy 1) representing Guyana were, along with the DR 1, TT 1 and Ja 1 pairs, awarded Most Valuable Players (MVPs) for their respective teams and each received a trophy, sponsored by Elco Limited, Forum Deco and Warner’s One Stop.

All players shared in the awards of Appleton Estate VX Rum sponsored by Ram’s Trading Limited.  There were also team prizes of cases of Carib beer sponsored by Carib Brewery, ROOCOO (through JamKit member, Grace Richardson-Laplace), Unoma Allen and other JamKit Association Members.  Players and several members of the audience received vouchers for telephone credit from Digicel.

President of the JamKit Association, Carol Phillips, expressed pleasure at the turn-out for the keenly contested Competition.  She opined that the Caribbean spirit of integration is still very much alive and well, so much so that the weather did not noticeably affect the high spirits of the Competition.

The oldest JamKit Association Member, Lewis ‘Stretch’ Smith, was, as in 2011, again called upon to do the honours of making presentations of prizes to the winners, pairs of players and teams on behalf of the Association.