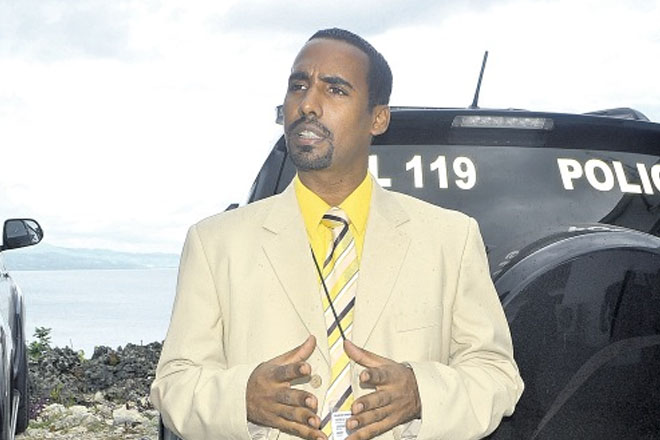 Bismarck, North Dakota (AP) — A top Jamaican law enforcement officer testifying in a US trial said Thursday his country is making progress in disrupting lottery scams but that many children still want to grow up to be fraudsters.

Corporal Kevin Watson testified in Bismarck during the trial of Sanjay Williams, 25, of Montego Bay, Jamaica. Williams is accused of participating in a lottery scam that victimized more than 70 people, including a woman in the north-western state of North Dakota whose case sparked the investigation. Investigators accuse Williams of buying and selling “sucker lists” of potential victims.

In such scams, victims are told they must pay fees and taxes to claim winnings that never materialize.

Watson, a member of a Jamaican agency comparable to the FBI, founded a lottery task force in late 2012. He told the jury that a Jamaican law passed in 2013 has increased the number of successful prosecutions of scammers, but that many have now gone underground.

“There’s still a lot more to do,” Watson said.

And there’s still allure among young people. A Jamaican elementary school teacher asked Watson to speak to her class because 17 of the 35 students said they wanted to be lottery scammers.

Asked why, Watson said, “All lottery scammers drive nice cars, they own big houses, and all they have to do is make a call.”

Watson said the foundation for lottery scams was laid in the late 1990s, when U.S. and Canadian companies moved their call centres to western Jamaica. The businesses found an ample workforce with young people who spoke clear English, and they were trained in customer service.

Those skills turned out to be ideal for scamming. With virtually no fear of prosecution for more than a decade, the fraudsters ran wild and celebrated their ill-gotten gains by throwing elaborate parties, Watson said.

“They wash their cars with champagne. There is competition among scammers who can set the most money on fire,” Watson said. “It’s ridiculous.”

It also spawned violence, with hundreds of homicides attributed to the lottery scam trade, Watson said.

Investigators allege Watson sold some of his “sucker lists” to Lavrick Willocks, considered to be the mastermind of this particular scam. Willocks is charged but is awaiting extradition, prompting US District Judge Daniel Hovland to ask Watson if the “wheels move slowly” in the Jamaican legal system.

US Department of Justice officials say the first extradition from Jamaica of a man charged in a lottery fraud happened earlier this year.

Williams was arrested in 2013 after he got off a plane in Charlotte, North Carolina, where he allegedly had expanded his operation.