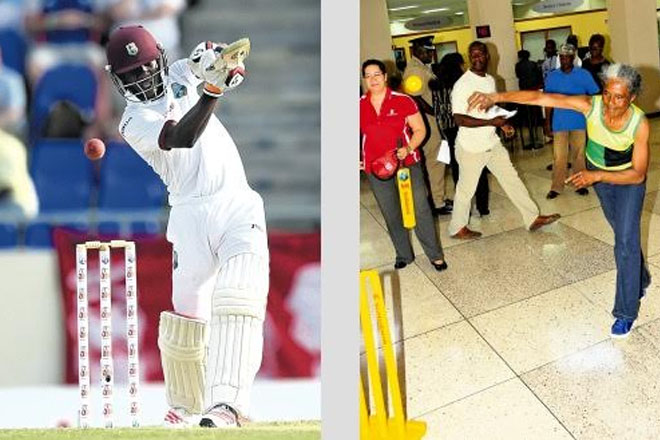 Jermaine Blackwood: From a Kiddy Cricketer to the ranks of the West Indies

Sports Page — WHEN all-rounder Jermaine Blackwood walks on the field at Sabina Park for the second Test match against Australia, he will most likely retrace the steps he made 11 years ago when he first participated in a Scotiabank/West Indies Cricket Board (WICB) Kiddy Cricket Interval Display.

Then he was 12, and as a student of New Hope Primary School in Westmoreland, Blackwood could only dream that one day he, too, would be tabled among the outstanding West Indian cricketers.

Now, at 23 years old and having demonstrated his craftsmanship in this well-loved game, he is now the one to inspire other boys and girls who have the same aspirations he had so many years ago.

Blackwood is one of 17 young men who have passed through the Scotiabank/WICB Kiddy Cricket Programme and who have made it into the professional leagues.

In this the upcoming Sabina Park Test, he is one of four to represent the West Indies against Australia, playing alongside other Kiddy Cricketers from the region, including Kraigg Braithwaite, Darren Bravo and Kemar Roach.

“Scotiabank has been committed to this developmental cricket programme since 2000,” said Heather Goldson, regional marketing director at Scotiabank.

“It is very satisfying to see these talented young men, who started out as Kiddy Cricketers, progress to representing their countries and the West Indies. We are honoured to have had an opportunity to influence their lives, and their love of the sport,” she continued.

Conceptualised in 2000, Scotiabank has partnered with the WICB in islands across the Caribbean to offer a developmental programme that inspires youth interest in the game, and has over the period influenced thousands of children across the region.

The programme caters to boys and girls aged seven-12 years. In addition to teaching them how to play the game, Scotiabank/WICB Kiddy Cricket helps to foster a love of learning and builds leadership skills. By developing motor skills, arts & crafts abilities, and math speediness, Kiddy Cricketers are trained to be disciplined and confident.