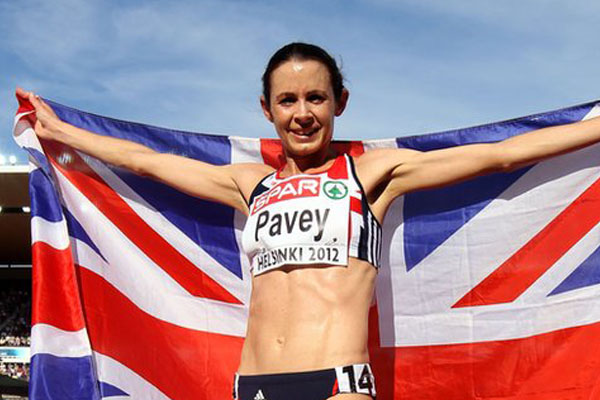 Mother-of-two Jo Pavey, an athlete labeled the “fast mum” by the Swiss media, produced the performance of her life in the 10,000 metres to become the oldest European champion in history, celebrating the first title of her lengthy career just 39 days shy of her 41st birthday.

Even more remarkably it was achieved a month before the first birthday of her daughter Emily, who she cradled in her arms as part of her victory celebration around here. Four months ago she was still at home breastfeeding, now she has European gold to add to the Commonwealth 5,000m bronze a mere 10 days ago.

On paper, the gold did not seem like a realistic aspiration, Pavey was only the fifth fastest qualifier and this was not even her best event but experience was undeniably her bargaining chip.

When the Exeter athlete made her senior debut at the 1997 World Championships, the youngest athlete in the field, Jip Vastenburg, of the Netherlands, had just turned three. And that experience of 17 years of top-flight racing was used to good effect as the attritional nature of the 25-lap race took its toll on the rest of the field.