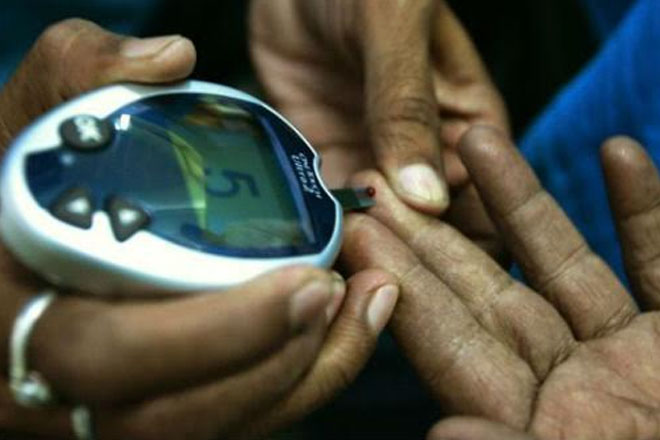 New Jersey, United States (AP) — Johnson & Johnson has begun a research partnership to find the root cause of Type 1 diabetes and stop the hormonal disorder in its tracks. It’s the health care giant’s first project under its ambitious initiative to prevent or at least intercept and reduce harm from many diseases.

In a collaboration with immunologist and Washington University professor Dr Emil Unanue and his colleagues, researchers at J&J’s Janssen Pharmaceuticals will explore how specific immune system cells are involved in the initiation and progression of Type 1 diabetes.

The disease, also called juvenile diabetes, affects about 5 percent of Americans with diabetes, roughly 1.25 million people. For reasons that aren’t clear, the immune system attacks and destroys beta cells in the pancreas that make the hormone insulin, which is needed to convert blood sugar into energy. As a result, patients must take insulin every day for life. When diabetes is poorly controlled, complications including blindness, amputations and kidney failure can result.

“We hope to be able to manipulate the (immune) system in such a way that this no longer drives the destruction of beta cells, while maintaining protection against infections and tumors,” said Dr Joseph A. Hedrick, leader of that project.

Hedrick noted the findings might help in fighting other autoimmune diseases, including psoriasis and rheumatoid arthritis.

The project is among 17 new collaborations with academic researchers and health care companies announced early Thursday by Johnson & Johnson, which is based in New Brunswick, New Jersey.

In another intriguing project, J&J’s Janssen Biotech unit will use computer microchips designed to simulate functions of human organs to predict which experimental drugs are most likely to be effective and safe in people. The goal is to be able to do more realistic testing of drugs in the laboratory, before they’re tested on animals and people, with “organs on chips.”

Created by J&J partner Emulate Inc of Cambridge, Massachusetts, these microenvironments are designed to mimic responses of organs such as the liver or lungs as drugs flow through the chips’ tiny hollow channels, which are lined with living human cells and tissues. The chips simulate the responses of cells to medicines or chemicals, from beneficial results to toxic reactions.

That project is aimed at averting a problem that continues to frustrate researchers and patients alike, the failure of promising medicines after the start of expensive human testing, which usually runs for several years before drug developers seek approval from regulators — or throw in the towel.

Since the 19th century, researchers have focused on making medicines to treat and occasionally even cure illnesses. In recent decades, there’s been a shift toward prevention in some not-too-complex conditions, such as use of cholesterol-lowering pills to limit plaque buildup in blood vessels, preventing heart attacks and strokes.

Now Johnson & Johnson and its partners are taking advantage of recent huge advances in genetics, data analysis and other science to try to prevent or alter the course of more complicated conditions early on.

In the Type 1 diabetes project, the researchers will study the function of antigen-presenting cells, immune system sentinels that “sample” nearby tissues to find tumor cells and signs of infection. When they detect such abnormalities, these lookouts “present” antigens —little bits of protein from the suspicious cells — to other immune-system cells, activating them to attack the invaders.

Figuring out how to block that autoimmune process theoretically could stop or slow progression of Type 1 diabetes.