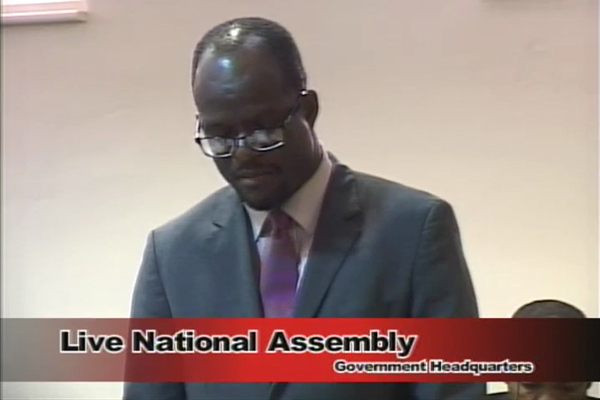 ZIZ News — As individuals who have fallen into trouble with the law welcome the news that there is a chance for their criminal records to be wiped clean, Minister of Justice, Hon. Patrice Nisbett is making it clear that stern guidelines will have to be followed to qualify for the reprieve.

Mr. Nisbett, who is an attorney, also noted certain protections have been put in place under the law to ensure persons with an expunged record are not discriminated against.

In fact, The Criminal Records Rehabilitation of Offenders Bill 2014 makes it an offence for an employer to terminate or deny employment to a person with an expunged criminal record.

The Hon. Patrice Nisbett was supported in his presentation of the bill by Attorney General, Senator The Hon. Jason Hamilton. According to Hamilton, the bill gives individuals who have committed crimes in their youth a chance at redemption.

“What this bill seeks to do, essentially, is there are numerous persons in this society who for one reason or another have run afoul of the law. Those persons may have run afoul of the law when they were 18..19…and in those circumstances have not committed further offences at the age of 27..28, or what have you. They apply for a job or they apply to get a visa to the United States and because of that conviction on their criminal record they are precluded from moving on with their lives,” he said.

The Attorney General hastened to add that the bill is not intended to shield persons who have committed offences from the public. He said it was crafted so that the facts in each case can be considered in order that deserving persons can have a fresh start.

“Mr. Speaker let me state at this point it is not our intention in any way to try to mask persons who have committed offences and hide that from the general public. What this piece of legislation does is it has the mechanism in place that goes through a process whereby the circumstances are taken into account as a whole,” he said.