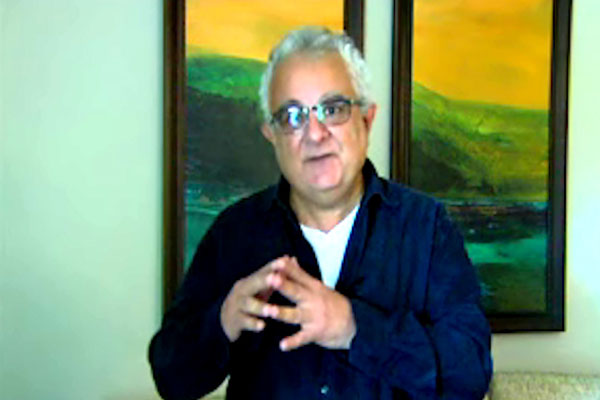 (ZIZ News) — Queen’s Counsel, Anthony Astaphan says the opposition has employed “masterful spin” in their version of what occurred when the Appeal Court convened yesterday to address the ongoing Motion of No Confidence matter.

According to Mr. Astaphan what in fact happened was that the Appeals Court judges essentially overturned the Justice Darshan Ramdhani ruling and have determined that the matter should be returned to the High Court.

“The Court Of Appeals said to both of us the whole thing went haywire. I contributed to it by allowing the judge to make those findings Mr Mendez contributed to it by not taking a stronger position as one of the judges said we invited the judge to a fete, he turned up at the fete, and participated in the fete. The Court of Appeals says that was a wrong procedure. We suggested that the judge made findings that he should not have made. The bottom line position and the Court of Appeals was absolutely correct on it, that because of the nature of the application before the judge He should not have made those findings, invited or not. And that once there was an issue to be tried the matter should’ve gone to the judge for a trial,” he said.

Astaphan said his team is pleased with the Appeals Court determination that Justice Ramdahni’s ruling was not binding. He added that he is satisfied with returning to the High Court in order to have the evidence in the matter fully examined by new judge. This process, according to Mr. Astaphan ought to have happened from the beginning.

“We agreed, I agreed on behalf of the honourable Speaker that the matter should be back to the trial judge, to a different judge, once it is clear that the rulings and the findings by Justice Ramdhani would not be binding. Meaning, then, the whole process starts again this time to be fully ventilated with, evidence and cross-examination and discovery and submission on the facts of the Speakers authority, on the Speakers discretions, on the nature of the document; whether it’s a confirming document or not and also on the jurisdiction of the court, depending on what decision they take,” he said.

As for the opposition claims of a victory in the courts yesterday, the Queen’s Counsel said he couldn’t grasp the rational for it as the entire matter is back to “square one.” Most importantly, since there has been no decision by the Court, there is nothing to suggest that the Hon. Curtis Martin is compelled to hear the Motion of No Confidence filed by the opposition.

“So we’re literally back to square one. And fundamentally and importantly there is no ruling and no suggestion, no finding by a judge that the Speaker is obliged to accept the Motion of No Confidence for what it is and to lay it be before Parliament promptly in order for the matter to be debated,” he said.

Meanwhile, as opposition members have put a spin on the ruling, calling it a loss for the Denzil Douglas administration, the nation’s leader used Tuesday’s edition of his weekly radio programme, “Ask The Prime Minister”, to put the case into perspective.

“The Court basically said that the matter which was brought by the Speaker should be heard in full before a different judge because the judge who had heard the matter before had gone way beyond what was his remit when he heard the matter the first time and the court said more than that. It said when this matter is to be heard in full before another judge, that new judge must not take into consideration anything of the rulings of Justice Ramdhani that was made before,” he said.

The attorneys for the claimants and respondents in the matter will return to court for a case management conference on December 1st 2014.