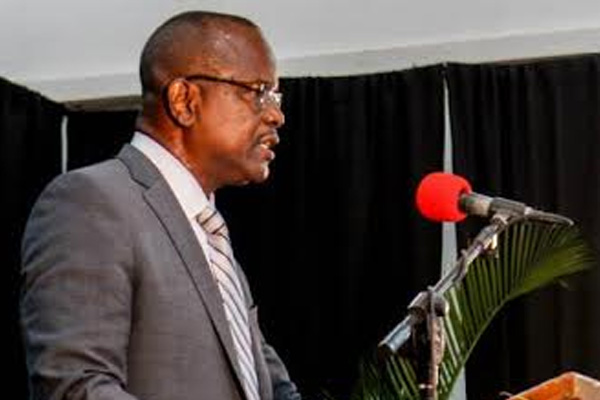 Justice Walters commended for his Address on Constitutional Reform

(ZIZ News) — The Honourable Justice Selwyn Walters was commended for his profound and historical address on the federation’s constitution during the Annual Prime Minister’s Independence Lecture Series on Wednesday.

During his response to Justice Walters’ address, Attorney-at-Law Anselm Caines echoed the sentiments that St. Kitts and Nevis is definitely a nation on the move.

“The message delivered here tonight I believe has helped to drum home an even greater message that we are truly a nation on the move,” he said. “For we have moved on from the days that existed in 1935 when workers were gunned down at Buckley’s for asking for decent wages, to a point in 2014 where our government proactively steps forward to offer a long-service gratuity and an increase in the minimum wage.”

Justice Walters looked at, in his address, St. Kitts and Nevis’ constitutionalism with reference to some sections of the 1983 constitution.

In response, Caines posed a number of questions surrounding the debate of constitutional reform to the country’s Prime Minister.

“I must ask the Prime Minister the following questions which emanated from this lecture. When Mr. Prime Minister will we revisit the section of our constitutional order that speaks to the number of appointed senators? Will doing so undermine the legitimacy of our elected representatives or would it ensure that government functions more efficiently and is capable of meeting the increasing demands of a 21st century and Nevisian society? When Mr. Prime Minister will we seize swearing allegiance to the Queen, her heirs and successors and begin to swear allegiance to our country St. Kitts and Nevis.”

Prime Minister Douglas was seen nodding in agreement with Caines, and responded in the negative when asked if he believes increasing the number of senators would undermine the legitimacy of the elected representatives.