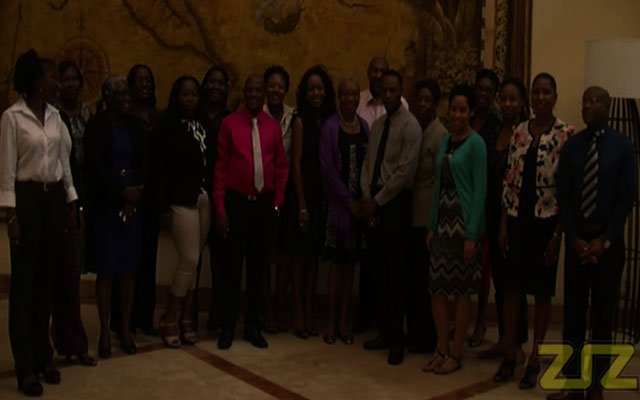 (ZIZ)– Government officials from across the OECS are preparing to return home and put plans into action, focusing on reforming the Regional Juvenile Justice System.

A two-day strategic workshop wrapped up on Thursday at the St. Kitts Marriott Resort which looked at ways to take juvenile justice reform forward.

Felicia Robinson is a consultant who conducted the sessions and she said one of the main goals is a revamp of the laws in the region to take a more humane approach to minors who break the law.

“We’ve had a draft OECS model bill for juvenile justice. It’s been ready since 2007 and St. Kitts-Nevis last year introduced their new Justice Act so you’ve got a good framework here for addressing those issues,” she said.

Head of the OCES Social Development Unit, David Popo said the development of young people and the issues of child protection are extremely critical in the context of the development agenda of OECS member states.

He said, “We hear of the dysfunctionalities of families. We also hear as well some of the incongruence between young people going through the school system, getting their CXC’s or even tertiary education, and then not being able to find meaningful employment. These are some of the causative factors which we have found that young people find themselves in and consequently get involved in behaviour which may not necessarily be conducive for their own development.”

Officials say the main aim of these sessions was to put together a framework that would change the way the legal system addresses juvenile offenders, moving from punishment to rehabilitation.