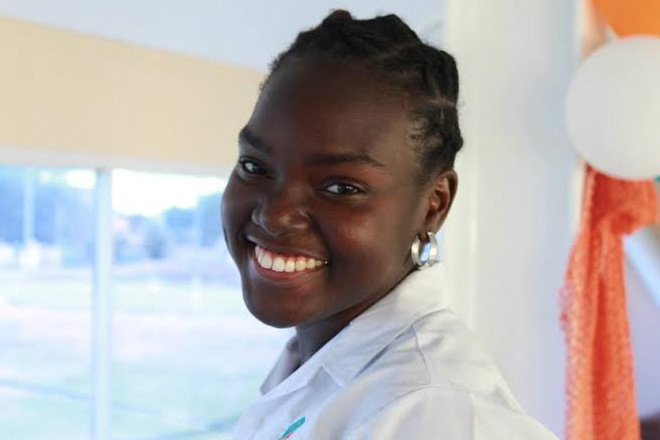 Basseterre, St. Kitts — On Saturday 30th May, 2015, Kerissa Roberts officially launched her business venture KR Architectural Services. The launch took place at the Media Center at the Warner Park Cricket Stadium, Victoria Road, Basseterre, St. Kitts. The event commenced at 3pm with light refreshments to get the atmosphere warmed and ready for what was in store for all specially invited guests. The main business was scheduled to start promptly at 4pm however it began at approximately 3:45pm.

The national anthem was rendered and the invocation was given by Bishop Ron Collins. The Welcome Remarks was given by Ms. Kerissa Roberts who welcomed all guests. She also conveyed how happy she was to have arrived at this occasion while also highlighting the difficulties and conflicts along the way. This was followed by the indication of two of three features of the business launch; The Raffle and the Appreciation Tokens. Raffle entries were $5.00 each and the three prizes were 5%, 10% and 15% discounts on any services provided. Guests were also delighted to know that they were all taking home a little gift in the form of a mug with the business name, logo and contact details. The third and main feature was the unveiling of business details in the form of a power point presentation. In this presentation Ms. Roberts revealed the business logos, documents, services to be provided, characteristics for becoming a good customer and proprietor and a practical showcase of drawings. The raffle winners were then announced and presented with their certificates and all tokens were distributed. Toasts were proposed from guests present. The Vote of Thanks and closing remarks were given after which all were treated to an array of refreshments. Amongst, the guests present were Honourable Ian Liburd Minister with responsibility for Public Works, et al and Mr. Peter Jenkins The President of the Association for Engineers.

KR Architectural Services has been in the heart and soul of Kerissa Roberts for a long time. Now, she ventures to make it apart of your mind. Services to be provided include residential and commercial: drafting, base designs, budgetary living guidance and complete drawing sets. For further information you can contact Ms. Kerissa Roberts (869) 760-3633 OR, (860)661-7122, Email: kerissaroberts@gmail.com OR krarchservices@gmail.com. Like us on Facebook: “KR Architectural Services”.