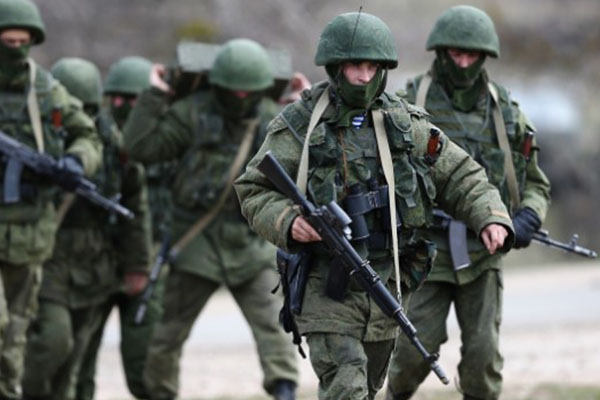 Kiev, Ukraine (CNN) — The killings of protesters in the Ukrainian capital during anti-government demonstrations in February took place under the order of ousted President Viktor Yanukovych, a report said Thursday.

The preliminary report by the Ukrainian government implicated pro-Moscow Yanukovych in the covert planning of a series of sniper attacks in Kiev, backed by Russia, during the rallies that eventually led him to flee across the border.

Twelve members of the feared Berkut special security forces have been detained as part of the investigation, Prosecutor General Oleh Makhnytsky announced.

The inquiry looked into the shootings on Instytutska Street in Kiev, where dozens were killed on February 18-20. Around 100 people are now known to have died in Ukraine since the unrest began in November following Yanukovych’s last-minute U-turn over a deal with the European Union in favor of closer ties with Russia.

The new government in Kiev has since signed the political part of the association agreement with the EU.

The report also said Russian Federal Security Service operatives had been involved in planning operations against the protesters. Ukrainian Security Service chief Valentyn Nalyvaychenko said the Russian agency had sent “tons” of explosives and weapons by plane to Ukraine.

Moscow has claimed far-right protesters were behind the shootings in an effort to stir up anger against Yanukovych.

Earlier, Russian Foreign Minister Sergey Lavrov said Moscow wanted answers from NATO regarding activities in Eastern Europe after the Western military alliance said it would step up defenses for its eastern members.

Russia’s move to annex the Crimea region from Ukraine last month has sparked the worst East-West crisis since the Cold War and raised fears among its Eastern European neighbors.

At a meeting this week, NATO foreign ministers decided the alliance would draw up plans for reinforcing NATO’s defenses following Moscow’s move — which the West deems illegal.

These would possibly include measures such as sending NATO soldiers and equipment to allies in Eastern Europe, holding more exercises and ensuring NATO’s rapid-reaction force could deploy more quickly, a NATO official said. It could also include a possible review of NATO’s military plans.

“We have posed these questions to the North Atlantic Alliance. We are expecting not just any answer but an answer fully respectful of the rules we have coordinated,” Lavrov told a joint news briefing with his Kazakh counterpart.

Responding to criticism from Kiev and the West over the presence of Russian troops along the border with Ukraine, Lavrov said Russia had the right to move forces on its territory and said they would return to their permanent bases after completing military exercises.

“Russian troops in the Rostov region will return to their bases after completing military exercises,” he said, referring to an area near the Ukrainian border.

NATO’s military chief warned Wednesday that Russian troops could begin moving on Ukraine within 12 hours of being given an order.

Gen. Philip Breedlove, NATO’s supreme allied commander Europe, also said that with 40,000 troops massed near the border, Russia has all the components necessary to move on Ukraine.