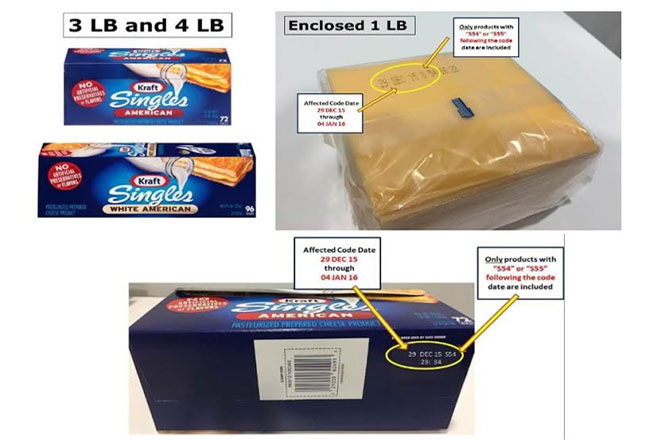 (ZIZ News) — The St. Kitts and Nevis Bureau of Standards, in collaboration with the Department of Consumer Affairs and the Ministry of Health, is actively investigating a voluntary recall by the Kraft Heinz Company.

On Wednesday, our reporter confirmed that the local Bureau of Standards has been notified, by the United States Food and Drug Administration (FDA), that the Kraft Heinz Company is expanding the voluntary recall of select code dates and manufacturing codes of individually-wrapped American slices. This it says is due to the possibility that a thin strip of the individual packaging film may remain stuck to the slice after the wrapper has been removed.

The Bureau of Standards says if the film sticks to the slice and is not removed, it could cause a choking hazard.

The statement says only products with the S54 and S55 codes, which refer to the two production lines on which the impacted product was made, are included in this recall.

Kraft Heinz is taking this action as a result of two new consumer complaints of choking in connection with the packaging issue.

ZIZ News understands that approximately 335,000 additional cases of the recalled product were shipped by Kraft Heinz to retailers in the U.S. and various countries, including St. Kitts and Nevis.

The statement warns that consumers who bought the product should not eat it. They should return it to the store where purchased for an exchange or full refund.