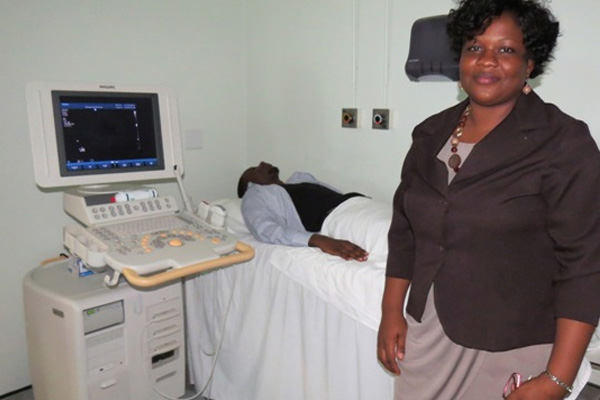 Labour Government’s healthcare policies lead to improved quality of life and an increase in life expectancy in St. Kitts and Nevis

Basseterre, St. Kitts (CUOPM) – St. Kitts and Nevis’ Prime Minister the Rt. Hon. Dr. Denzil L. Douglas is crediting his Labour Government’s policies for contributing to the improved quality of life of the people of the twin-island Federation.

Reflecting on the recent awards dinner honouring healthcare providers who have served for 25 years and more, Prime Minister Douglas during his weekly radio programme “Ask the Prime Minister,” pointed out that when he was first elected to the St. Kitts and Nevis National Assembly in 1989, the expected life span for St. Kitts and Nevis was 69 years.

“Today, as a result of major infrastructural, staffing, management, training, equipment, and other improvements, the expected life span in the Federation is now 75 years,” Prime Minister Douglas told listeners.

He said that in St. Kitts and Nevis no person can be denied care for any reason.

“We should take real pride in that. And because Labour had always felt that ready access to health care was a must, Labour moved to establish and improve the health centers in Sandy Point, St. Pauls, Dieppe Bay, Saddlers, Molineux, Cayon, St. Peters, New Town so that the people of these communities could receive healthcare without having to travel great distances. And not only did we ensure that health centers were located throughout the island, but we also ensured that preventive services such as pap smears and dental examinations are provided free of cost at these centers, as well. If you do not have children, you might not realize that school children in St. Kitts and Nevis are seen – without charge – at our hospitals and health centers,” said Prime Minister Douglas.

He pointed out that under the leadership of two outstanding Ministers of Health, the Honourable Dr. Earl Asim Martin and the Honourable Marcella A. Liburd, his St. Kitts-Nevis Labour Party Government has begun implementing its programme of free health insurance – covering vision, psychiatric, surgical, wellness, gynaecological, dental and other care – for every National of St. Kitts and Nevis.

“Already covered under this plan are our country’s police officers, our firemen, and members of the defense force. Already covered as well are our country’s sanitation workers, our teachers, prison employees, the doctors, nurses, health center and hospital personnel employed by the Government. Civil servants are covered, Members of Cabinet are covered, and elected members of the Opposition are covered as well. All persons who work in service to our nation, as members of the public sector, are covered under this plan with the subsequent groups being added until the entire nation is covered,” Dr. Douglas stated.

He said that the next group to be covered will be persons on public assistance and/or are minimum wage earners.

Dr. Douglas said it was significant that 98 percent of children in St. Kitts and Nevis are vaccinated and health officials and workers have beaten that dreaded phenomenon of mothers transmitting the HIV to their children.

“Centuries of a high-starch, high-salt diet have caused the people of the Caribbean to have high rates of diabetes (or sugar) and hypertension (or high blood pressure). And both of these, as you know, can lead to kidney failure. Since our kidneys clean our blood, when our kidneys no longer work, that is a cause for very serious concern,” Dr. Douglas, a physician said.

He pointed out that all over the globe, people in small towns and in small nations have to travel great distances to receive haemodialysis treatment when their kidneys no longer function properly.

“My Government decided, however, that we would do everything in our power to save Kittitians and Nevisians the cost of travel, the stress of travel, and the cost of overseas dialysis treatments by providing this life-saving treatment in the Federation. That is exactly what has been happening right here at the Joseph N. France General Hospital – and, I must add, at a lower cost than is charged in St. Maarten, Antigua, the British Virgin Islands, the United States or a host of other treatment locations,” said Prime Minister Douglas.

He said that in addition to the dialysis services, his Government also made sure that the Joseph N. France Hospital acquired a CT-Scan so that doctors would be able to use advanced technology, in the Federation, to obtain the detailed images of the insides of the bodies when needed.

“We no longer have to wait for weeks or days to receive radiology results in the Federation. Both procedures are now digital, and that means that patients and doctors now receive the medical images they need on the same day,” said Prime Minister Douglas.

He noted too, that when first elected the Federation’s ambulances were essentially taxis.

“Today, they have both the equipment and the trained emergency personnel that ensure that life-saving efforts begin right there in the ambulance. There was also a time when our ambulances were operated on an ongoing, almost non-stop basis. Today, no ambulance is in operation for more than two weeks at a time. At two weeks, another ambulance is rotated in, the first is withdrawn from operations to undergo checks and maintenance, and so on,” said Prime Minister Douglas.

He said although many people do not like to talk about death, it is important for listeners that Government has been responsible for the establishment of new, upgraded, and fully functioning freezer-equipped morgues at both the Joseph N. France Hospital in St. Kitts and the Pogson Hospital in Nevis.

“In addition, there is a new furnace for the safe disposal of hospital waste at JNF,” said Prime Minister Douglas.

He further disclosed that for the safety and peace of mind of workers, patients, and visitors, the installation of hospital security cameras is already underway.

“JNF and Pogson reflect major expansions and upgrades, but we, of course, maintain a programme of ongoing renovations and repairs at both hospitals,” said Prime Minister Douglas, who also told listeners that the Ministry of Health was steadily expanding the number of specialists in the Federation.

“At JNF, we now have an ophthalmologist, a nephrologist, orthopedic surgeons and one of our doctors is now overseas specializing in emergency medicine,” the St. Kitts and Nevis Prime Minister said.