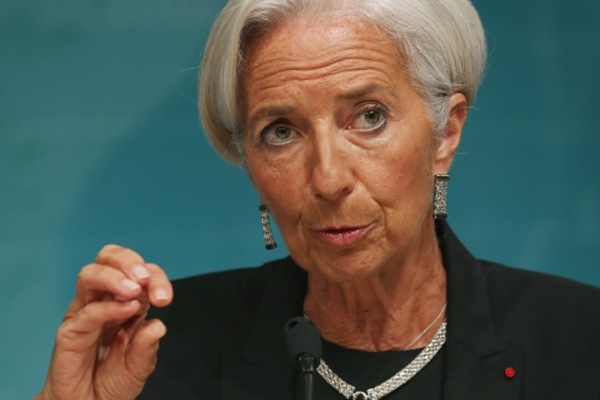 Lagarde warns emerging economies to prepare for US rate rise

Mumbai, India — Emerging markets must prepare for the impact of US interest rate rises, whose timing could surprise markets, International Monetary Fund chief Christine Lagarde warned in India on Tuesday.

The US Federal Reserve caused panic in 2013 when it first signalled a reduction in its multi-billion dollar asset purchases to stimulate the economy.

India and other emerging economies were slammed as investors pulled out of their markets, in what came to be termed a “taper tantrum”, amid speculation about the winding down of the stimulus programme that had rallied emerging markets.

“The danger is that vulnerabilities that build up during a period of very accommodative monetary policy can unwind suddenly when such policy is reversed, creating substantial market volatility,” Lagarde said in prepared remarks in Mumbai at the end of a two-day visit to India.

“We already got a taste of it during the taper tantrum episode in May and June of 2013, when most emerging market economies suffered indiscriminate capital outflows.

“I am afraid this may not be a one-off episode. This is so, because the timing of interest rate lift-off and the pace of subsequent rate increases can still surprise markets.

“Emerging markets need to prepare in advance to deal with this uncertainty.”

“We are perhaps approaching the point where, for the first time since 2006, the United States will raise short-term interest rates later this year, as the first country to start the process of normalising its monetary policy,” she said.

“Even if this process is well managed, the likely volatility in financial markets could give rise to potential stability risks.”

Central banks must also be ready to act, with aggressive and temporary liquidity support and targeted foreign exchange interventions, she advised.

She praised Rajan, a former IMF chief economist, and the Indian government for their economic reform efforts which should be pursued “with the utmost speed”.

Lagarde met Prime Minister Narendra Modi on Monday as part of her visit to India, which she praised as a bright spot in the otherwise gloom-ridden global economy.