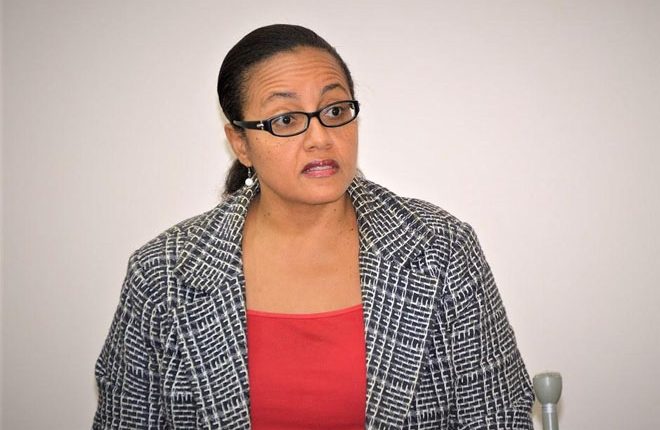 (SKNIS): The Honourable Senator Wendy Phipps, Minister of State with the responsibility for Health, gave her unwavering support for the safe passage into law of the Land Registry Bill during National Assembly on July 11, 2017, saying that it will improve the ranking of St. Kitts and Nevis in the World Bank Doing Business Report.

“The creation of a Land Registry System also has the ability to improve the ranking of St. Kitts and Nevis as it relates to the World Bank Doing Business reports,” she said, while articulating some of the benefits of the Bill such as saving time and money, providing a strong sense of certainty and simplicity, providing file preservation, preventing fraud, and making it easier for financial processing. She said that it is important for citizens, residents and international investors, to conduct business in “a manner that is efficient, simple and effective.”

“It behooves us to move with alacrity in ensuring that St. Kitts and Nevis presents itself to the world as a favoured destination to live, to work and to do business,” Senator Phipps said, as she wished the Bill safe passage.”

“What we are trying to accomplish today in Parliament by the passage of the Land Registry Bill is nothing phenomenal, but yet is a step in the right direction for a number of reasons, “said Senator Phipps, as she outlined the implications of passing this Bill. She explained that the Bill signifies the country’s commitment to improving the traditional means of property registration, as well as an increase in services offered by the court system. She further noted that the passing of the Bill will show the government’s commitment to being “a pro-business government.”