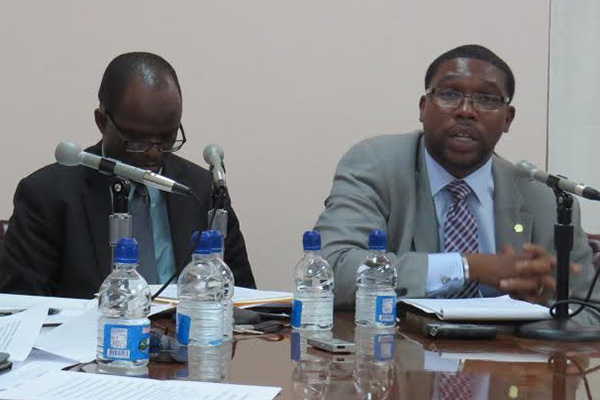 Land Registry soon to be independent of High Court

St. Kitts (CUOPM) – The Ministry of Justice and Legal Affairs has begun plans to separate the Land Registry from the Registry of the High Court.

The disclosure has come from Attorney General, the Hon. Jason Hamilton who said that the Ministry of Justice and Legal Affairs takes its role seriously and is an important facilitator in the overall economic development of St. Kitts and Nevis.

In the area of financial services, Attorney General the Hon. Jason Hamilton presenting on behalf of the Hon. Patrice Nisbett, the Minister of Justice and Legal Affairs noted that legislation passed last year was aimed at improving the country’s standing on the doing business report.

“That is essential because it gives persons in the wider world, the opportunity to see how quick we turn around matters in the Federation. We have also started plans for the separation of the Land Registry from the Registry of the High Court where it is presently housed. That is in an advanced stage,” said Mr. Hamilton, who said there are reports in relation to that separation.

He said funding is been secured to provide a consultant that would go over that process in detail.

“I anticipate that the consultant will be hired within the next month and that the process will start in earnest at that time,” said Mr. Hamilton, who expressed the view that transformation of the land registry will assist in the country’s economic development.

“Persons will be able to get titles in a quicker time, to register caveats and so it all fits into the government’s formula of making business easier to be conducted in the Federation,” said Minister Hamilton.

He also disclosed that more suitable accommodation and staffing are being sought for the Intellectual Property Office.

“Without boasting about it, that office is perhaps one of the quiet revenue earners within the Federation. There is a lot of potential in intellectual property, especially in an era where creative thinking and intellectual property rights are more in vogue, so we have to give that department more of the resources necessary so that they can properly capitalise on its potential,” said the Attorney General.