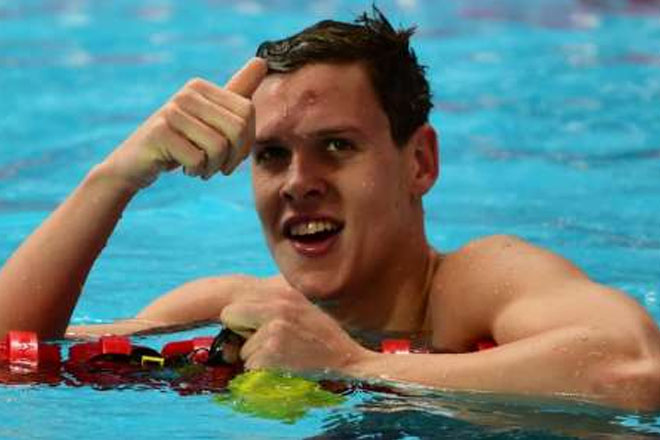 Sports Page — Mitchell Larkin won the men’s 100m backstroke final at the world swimming championships in Kazan to complete Australia’s double in the event on Tuesday.

The 22-year-old completed a golden night for Australian backstrokers in Kazan by completing the double after Emily Seebohm won the women’s 100m final with their compatriot Madison Wilson taking silver just minutes before.

He summed up his world title in one word “amazing” and described his win in detail in the mixed zone.

“You walk out, hearing your name called. The crowd roars. Then it goes silent. Deep breath. Then it is over before you know it,” he said.

“To touch the wall and see number one next to your name is fantastic.”