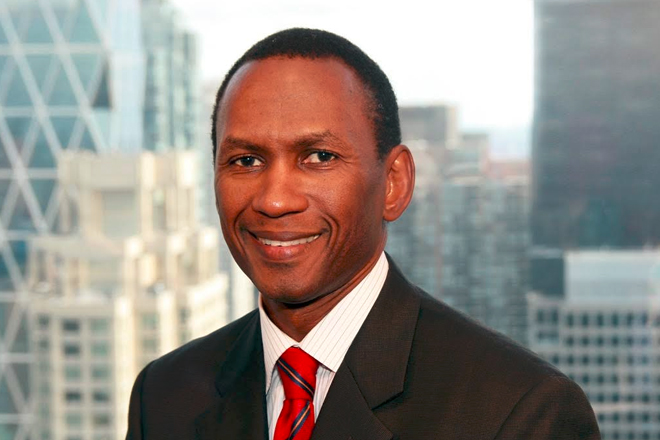 (SKNIS): Larry Quinlan, a distinguished national of the Federation of St. Kitts and Nevis, is the featured speaker at the Prime Minister’s Independence Lecture Series (which will take place in Nevis for the first time since its inception) at the Nevis Performing Arts Center (NEPAC) on September 12, 2016, at 6:00pm.

Mr. Quinlan is a principal at Deloitte LLP, where he serves as Global Chief Information Officer (CIO) and sits on Deloitte’s U.S. Executive and Global Operating Committees.

As CIO of the prestigious multinational professional services firm headquartered in New York City, Quinlan chairs the Global Council and has responsibility for all facets of technology including strategy, applications, infrastructure, support, and execution. He spends significant time working with major clients discussing technology strategy, trends, and leadership. Additionally, he serves as dean of the Next Generation CIO Academy, Deloitte’s leadership development programme for up-and-coming CIO clients.

Quinlan has been with Deloitte since 1988 and has served in a variety of leadership roles including National Managing Principal for Process Excellence, leading the enterprise-wide effort to increase margins and effectiveness using the Lean Six Sigma methodology.

He has been widely quoted in major publications including CIO.com, Forbes, The Wall Street Journal and Information Week and has spoken at major industry events. In addition, he has been honoured by institutions and publications, including STEMconnecter’s 100 Diverse Corporate Leaders in STEM, the Nashville Business Journal (2014 Award), American Foundation for the University of the West Indies (Vice Chancellor’s Award), CARAH (Outstanding Corporate Contribution to Corporate America), and CIO Magazine (2012 CIO 100 Award).

Quinlan serves on the boards of Npower, the Executive Leadership Foundation, National Cyber Education Industry Advisory, and the Network for Teaching Entrepreneurship (NY).

He holds an MBA from Baruch College, City University of New York and a Bachelor of Science degree from the University of the West Indies.