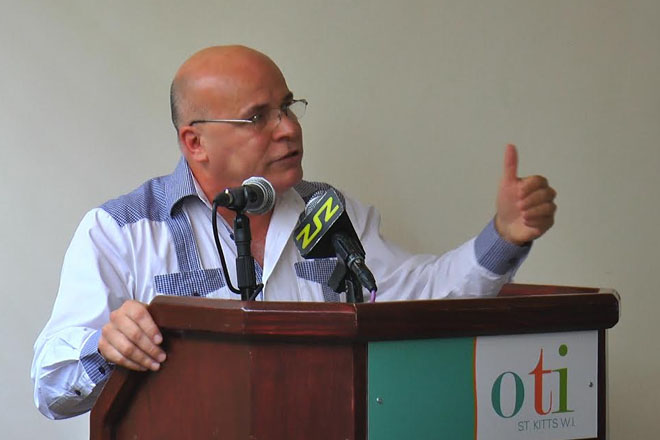 (ZIZ News) — As preparations for Latin Fest continue, the Latin Festival Committee hosted a Sponsors’ Luncheon and Media launch at OTI on Tuesday.

The Latin Festival committee invited members of the media as well as sponsors and potential sponsors to the luncheon in efforts to gather funding and assistance as early as possible.

Chairman of Latin Festival Jose Rosa explained how the festival helps to integrate various cultural traditions from across the region.

Minister of Tourism, The Hon. Lindsay Grant encouraged the public to support the festival.

“I would like you to support the Latin Fest as it continues to build momentum. I believe truly we have to applaud Jose Rosa as the founder and the driving force behind Latin Fest. It is really good when we see that persons in the private sector will step up to the plate and not really look towards government. I think government should be there more so to regulate rather than to participate”, he said.

Government officials, business partners and members of the private sector were among the attendees.

The 7th Annual Latin Festival is scheduled for October 17-23.