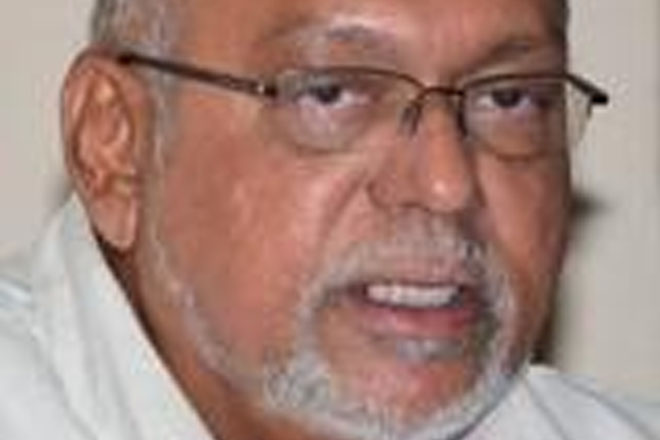 Panama City, Panama — The seventh Summit of the Americas to be held in Panama City from April 10-11, is shaping up to be a historic event, and which will be attended by the leaders of Guyana, President Donald Ramotar, and Suriname, President Desi Bouterse, to witness the much anticipated “interaction” (as the White House described it) between US President Barack Obama and President Raul Castro of Cuba after 50 years of severed diplomatic ties and a largely unsuccessful US trade embargo against Havana.

In 1972, Guyana, under former president Forbes Burnham, along with Barbados, Jamaica and Trinidad and Tobago, established diplomatic ties with Cuba, which irritated Washington. Guyana was greatly affected by the Cold War.

Guyana’s foreign minister, Carolyn Rodrigues-Birkett, in a speech to Parliament in 2013, spoke about the heavy price her country paid for its close ties with Fidel Castro and Cuba.

She quoted from the book, The US Intervention in British Guiana: A Cold War Story: “The John F. Kennedy administration tried to prevent Cheddi Jagan, (former president of Guyana) and the PPP’s August 1961 electoral victory. With the Cold War coming to the Western Hemisphere, in the form of the Cuban Revolution, the Kennedy administration would accept only those Western Hemisphere governments that unequivocally denounced communism and assented to US foreign policy positions.”

President Bouterse of Suriname, on the other hand, who came to power in 1980, reoriented Suriname’s foreign policy to the left and forged close ties with the Castro government. At the height of the Cold War, the Netherlands and the United States hatched a plan to invade Suriname due to its close ties with Cuba. Today, Cuba provides substantial help to both Guyana and Suriname in the health sector.

Obama recently called on the US Congress to lift the Cuba embargo and is in the process of re-establishing diplomatic ties with Cuba. The United States and Cuba have held three rounds of talk and there has been speculation that a US Embassy in Havana could be reopened before the Panama summit. It is a goal that the Obama administration appears to be working diligently to accomplish.

The summit expected to be well attended at the highest level. Obama’s popularity in Latin America and the Caribbean has increased for the most part after his rapprochement with Cuba. The Cuban regime has many allies in the region and around the world. It will be Obama’s last Summit of the Americas and regional leaders appreciate his tenacity to foster better ties with Cuba and Iran.

Finally, after several calls from the Caribbean Community (CARICOM), Obama will meet with CARICOM leaders at a summit in Jamaica on April 9, just a day before the Panama Summit.

The leaders of Barbados, Jamaica and Trinidad and Tobago are also expected to attend both summits.