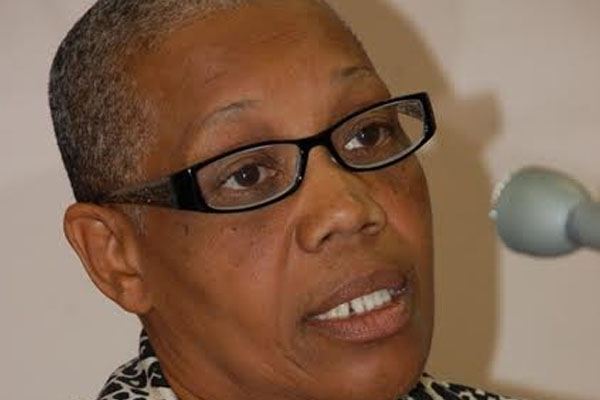 (ZIZ News) — The Hon. Marcella Liburd has slammed Former Deputy Prime Minister, Hon. Sam Condor for dropping the ball when he served as Chairman of the Constitutional Reform Committee.

She suggested that Mr. Condor may not have been an effective Chairman. Liburd also pointed out that the People’s Action Movement, PAM, which has been very vocal in calling for constitutional reform, had been the only political organization to abstain from participating in discussions on the matter.

“We had set up a committee under this government for constitutional reform. The Hon. Sam Condor was the Chairman of that committee. Let him go on Sugar City Rock and tell you what happened during that time because the only political party that did not take part in those constitutional talks was the People’s Action Movement. They put nobody on the committee and said they didn’t want to be on anything that was run by Sam Condor,” Minister Liburd stated.

Ms. Liburd continued that PAM had clearly established a pattern of withholding their cooperation on matters of national interest. She said PAM had also refused to participate in discussions on electoral reform.

Liburd pointed to the work of the Boundaries Commission as yet another instance where PAM has refused to participate by withholding their views on the adjustment of the country’s boundaries.

Remarks By Prime Minister Of The Federation Of St. Kitts And Nevis, Dr. The Hon.…