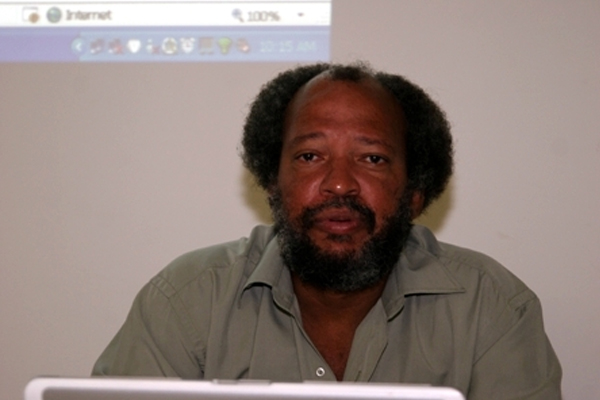 (Sports Page)— President of the Nevis Amateur Athletics Association, Lester Blackett has indicated that all systems are pretty much in place for the hosting of the 33rd annual Gulf Insurance Inter Primary school s championships.

The meet takes place tomorrow Wednesday 2nd April at the ET Willet Park and as per usual, with the expected public half holiday, thousands of individuals of all ages, are expected pack the major sporting venue to witness the youthful athletes in action, first hand.

There has been quite some hype leading up to the significant event and most of the top schools are indicating that for this year, a win is definitely on the cards.

Former champions Joycelyn Liburd Primary under Coach Kurvin Wallace, are confident that this year they have the right mix to take championship honours. The Elizabeth Pemberton Primary under Coach Adelvin Phillip is not only certain that his guards will again take the B division championships but also upset a few of the top schools in the A Divison en route to doing so.

The Maude Cross Preparatory school under Coaches Carl Tuckett and Leroy JUN-JUN Sweeney are confident of B division honours as well and expect that their blend of athletes will warm the hearts of all present on the big day.

The Ivor Walters Primary School under Coaches Kimbell Ward and Govanie Manners-Hendrickson, stopped short of making any clear cut predictions, only to indicate that their athletes will give it their all.

The Charlestown Primary School is totally pumped. The various house teams at the school had developed their own unique chants from very early in the athletic season and the school has been busily preparing for the title defence for quite some time now.

Headmaster Kevin Barrett is confident that his team will be the one standing on the winner’s podium at the end of the meet. Coach Elquemedo Willet is a lot less diplomatic. He is convinced that there will be no joint winners this year. ‘Last year they tried to please some persons but this year there will be no joint champions,’ he said with confidence.

The VOJN and St.James’ Primary School are two schools which are somewhat lacking in numbers but both have athletes in their lineup who can upset the apple cart in some of the major races on the day.

Education Officer, Averil Elliot, at the recent press conference announced that a formal request had been made for a merger between the two schools but noted that the request was denied this year as there were a number of logistics to be worked out.

The stores in Charlestown have already brought in their usual outfits for the occasion and the hairdressers will have their work cut out for them until the wee hours of tomorrow morning as many persons will make the big day a day for fashion.

Security will be tight, according to Supt. of Police, Hilroy Brandy and every single individual entering the Park on that day will be screened.. The Police will also be out in their numbers.

The big event will commence at 11 am at the ETW tomorrow, under the distinguished patronage of former champion athlete, Kasheba Daniel. The first race is set to commence at 12.00 noon.

Whatever happens in the final analysis, the huge crowd will get top class entertainment value at the end of the day.

There may be smiles of joy and maybe a little weeping and wailing and gnashing of teeth.