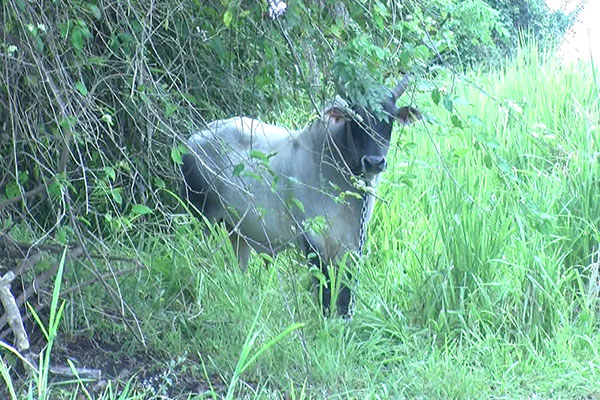 (ZIZ)– The police are urging livestock owners to be more responsible after animals reportedly caused two road accidents in the past week.

According a police report a traffic accident occurred along the island’s main road near Pon-De-Edge Nightclub about 11:00 pm on Monday 4th August, due to an animal crossing the road.

Investigation revealed that a cow suddenly crossed the road from the seaside and the driver in attempting to avoid hitting the animal hit a tree.

The owner of the animal is yet to be identified.

Meanwhile, the Traffic Department is investigating two traffic accidents which occurred along the Ft Williams Highway near Buckley Estate on Wednesday 30 July about 8:15 pm and 8:20 pm , which resulted in both vehicles extensively damaged and the animal killed.

Investigations revealed that a cow crossed the road in the path of the vehicles and was struck by both vehicles five minutes apart.

The second hit killed the animal. The owner is yet to be identified.

No human injuries were reported.

The Traffic Department is reminding animal owners that stray animals on the roads are a danger to motorists and it is an offence to have their animals wandering the streets.

The police are encouraging all animal owners to keep their animals tied or penned to help keep the roads safe for all motorists.