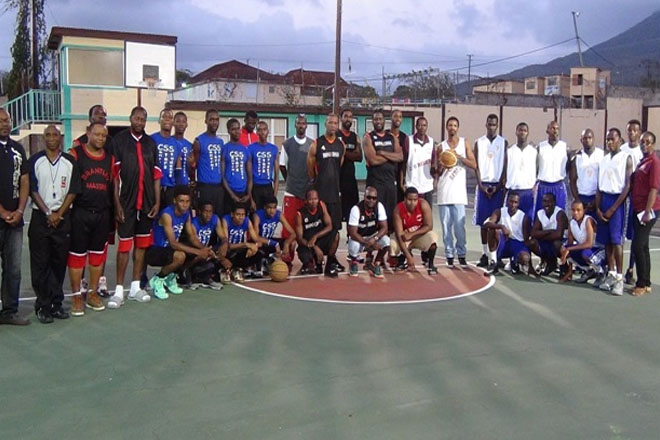 Sports Page — A brief but impressive ceremony at the Grell Hull Stevens Netball Complex on the evening of Sunday 3rd May, effectively signaled the start of the 2015 (NABA), Nevis Amateur Basketball Association league.

President of the Association, Miss Wanda Parry performed the invocation and delivered the opening remarks.

The feature address was delivered by Ag Director of Sports, Mr. Jamir Claxton who noted the improvement in the skill levels of the local players over the last five years.

He paid special tribute to the President and her Association, for keeping the sport alive. He later officially declared the league open.

There was an inspection of the teams and Miss Veronica Brandy, Vice President of the Association, gave the vote of thanks.

Dynasty Ballers just edged out Central Stars and students by a margin of 54 to 50 points and in game two, Brantley Church Grounds Massives defeated Nevlec High Voltage: 71 to 60