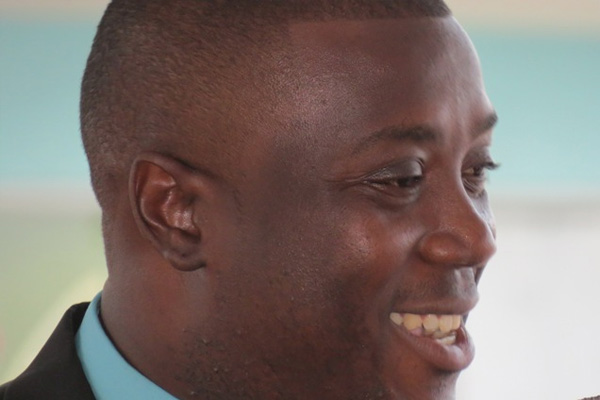 Basseterre, St. Kitts (CUOPM) – Local entrepreneur, Mr. Shervin is being lauded for his business acumen and his latest venture – Chester’s Chicken in the Caribbean Cinemas complex at Buckley’s.

Speaking at the official opening of the new outlet, Prime Minister of St. Kitts and Nevis, the Right Hon. Dr. Denzil L. Douglas, said Mr. White’s success is as a result of the opportunities provided as a result of the policies of the governing St. Kitts-Nevis Labour Party.

Dr. Douglas noted that the opening of Chester’s Chicken was not the beginning of Mr. White’s entry into the local business world.

“Shervin White was Microsoft’s first Certified Systems engineer in our Federation. Let’s give him a well-deserved round of applause. He sought out and brought to the attention of our Federation, the investors who ended up establishing Caribbean Cinemas – this place where so many of us have spent so many afternoons and evenings of relaxation and enjoyment,” said Prime Minister Douglas, who recalled “those early days, years ago when I could not keep him out of my office in trying to convince me and my government as he did ,that this cinema business was going to be good for St. Kitts and Nevis.”

Mr. White remains a partner in Caribbean Cinemas and serves as Director of Business Development.

“Today, Mr. White is expanding his business involvements even further by establishing as you have been told, a Chester’s Chicken outlet in this broader entertainment complex that he, as I said, was so involved in establishing many years ago,” noted Prime Minister Douglas.

The Prime Minister further noted that the St. Kitts-Nevis Labour Party decided a long time ago that every single boy and girl should be able to follow whatever dream might be in his or her heart.

“And we realized, back then, that the only way to give every Kittitian and Nevisian the chance that they all deserve would be to open this country’s high schools to every child in this country. Because there was a time when this was not so. Let that never be forgotten. I can remember when I was a boy, only about 1 or 2 percent of the children in St. Kitts and Nevis, were allowed to attend high school,” Dr. Douglas said.

“Everyone else was set adrift at the end of primary school. And of course there were those who wanted it to stay that way. Those who were determined that it would stay that way. But the Labour Party opened the doors so that every single boy and every single girl regardless would be able to learn more, understand more, and acquire the skills and insights to transform their lives and thus transform this blessed country, forever,” said the Prime Minister.

In this era, the four-term Prime Minister again emphasised that the St. Kitts-Nevis Labour Government has built on that historic, life-altering accomplishment of the Labour Party of which Sir Joseph Nathaniel France, our national hero, was a founding member and in which The Right Excellence Sir Robert Llewellyn Bradshaw served so very well as one of its presidents and later on Premier of St. Kitts and Nevis.

Mr. White was born and bred in The Village, Basseterre St. Kitts and Nevis.

“I am told that he was educated at Maurice Hillier Memorial Primary School and then he went on to the Basseterre Junior High School, the Basseterre Senior High School and the Clarence Fitzroy Bryant College. He then went abroad and spent some time and then returned to the land of his birth to make a name for himself to fulfill his potential and to make maximum use of what I describe as his God-given talents. For those of you who do not know, let me say that today’s opening is not the beginning of Mr. White’s movement through the world of business.