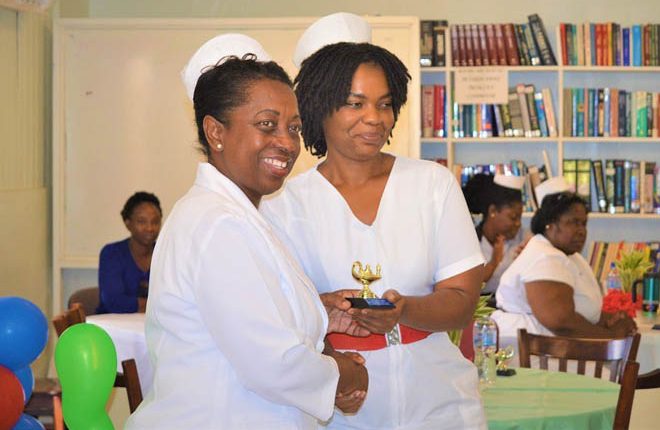 (SKNIS): The majority of staff at the Joseph Nathaniel France (JNF) General Hospital in Basseterre supports a pilot 12 hour shift on the Surgical Ward and the Intensive Care Unit to address some staffing issues at the institution.

According to Sonia Daly-Finley, Director of Health Institutions, a unanimous decision was taken at a staff meeting on July 6, 2018, to pilot the 12 hour shift. The expectation coming out of the meeting is that both aforementioned units will be better staffed using the 12 hour shift.

“They have, with the support of the Quality Assurance/Infection Control Officer discussed the new shift with the staff of the Units to be piloted. The majority of the staff was in agreement,” said the Director of Health Institutions, while informing that the “piloting of the 12 hour shift on the Surgical Ward and the Intensive Care Unit will commence on July 9 and end on September 29, 2018.”

Mrs. Daly-Finley said “the impact will be monitored by the Nursing Office and the Quality Assurance/Infection Control Officer” and that “feedback will be provided at the end of the pilot period.”

In the United States and the United Kingdom, nursing shifts of 12 hours seem to have become the norm, replacing the 8-hour shifts that were common decades ago. Some of the potential benefits of the 12-hour shift that have been shown by studies include a shorter work week with more days off; flexibility; better continuity of care for one’s patients and enhanced work-life balance.