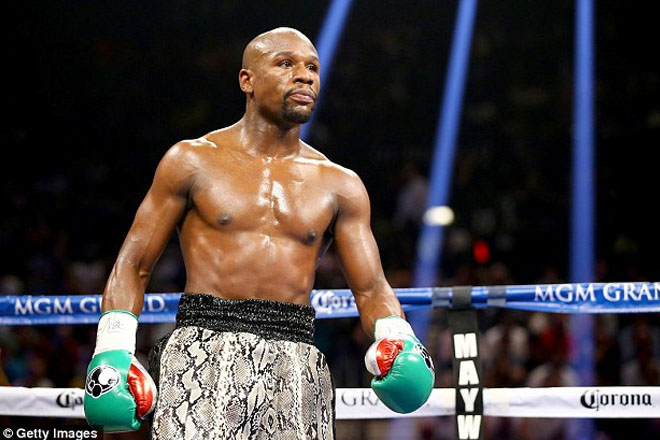 Despite the $200 million it’s going to net him, most boxing fans believe Mayweather has been afraid to fight Manny Pacquiao for years. The risk of losing his undefeated 47-0 record — and his pursuit of Rocky Marciano’s 49-0 record — in a fight with Pacquiao far outweighs the rewards of beating him.

Pacquiao already has lost five times — including getting knocked out three years ago — but still is considered the second-best boxer of his generation. He’ll be remembered as one of the all-timers, and ultimately has nothing to lose.

But Mayweather’s legacy rides on this fight. For someone so close to the top, he’s got everything to lose.

It’s on that sentiment that Pacquiao’s trainer, Freddie Roach, believes that Mayweather will bail before Saturday night’s fight.

Roach was asked for his thoughts on the matchup by USA TODAY Sports. Roach, reportedly, quickly interrupted the question.

“If (Mayweather) shows up,” Roach told USA TODAY. “I am still worried about that. I won’t believe it until I see him in front of us in the ring.

Mayweather has a six-fight contract with Showtime, and Saturday’s scheduled bout with Pacquiao will mark the fifth of the deal. Mayweather has publicly stated that he plans to retire in September following the sixth fight on his contract. If he wins both, he’ll tie Marciano’s record for most wins without a loss.