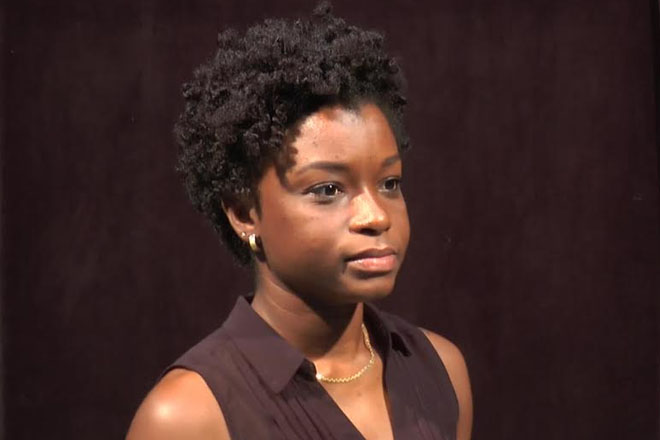 (ZIZ News) — Local cancer organisations are pulling out all the stops this October for Breast Cancer Awareness Month.

This Friday, Essence of Hope will host the inaugural “Men in Heelz” Celebrity Dash at 4:30 pm at the Berkeley Memorial, also known as The Circus.

Volunteer, Juella Gumbs stopped by ZIZ’s studio on Tuesday to give an overview of the event.

“The Men in Heelz Dash is the first one ever. We really just wanted to get more men involved in the conversation about Breast Cancer. It affects the significant others in their lives: the women, their mothers, their sisters, their aunts, cousins. Men can be affected by Breast Cancer, though not a great percentage but we really wanted to get them in on the conversation a bit more,” she said.

Gumbs is expecting a successful event as popular media personalities from ZIZ Radio and Television have confirmed their participation.

She said, “We have quite a bit of men that will be participating that we hand selected, some popular faces. We actually have some guys from your crew here at ZIZ so, any other men that want to participate on the day of, all they need to do is show up with a pair of heels.”

Although the event is targeting men, Gumbs said women can participate by donating shoes.

“We definitely have found an issue with organising this event. These men have pretty big feet, pretty wide feet as well so we’re asking any women that have shoes sitting at the back of their closet collecting dust, because I have a few myself but my feet are really small, so anyone you know that’s like a size 9 and up, we can definitely use the shoes. You can drop them off at Steppin’. That’s the shoe boutique on Fort Street, at any point this week. Ms. Veira be happy to accept them,” she said.

So far this month, Essence of Hope has hosted a cocktail party at Carambola Beach Club and an early morning health walk, which attracted hundreds of supporters including the country’s Prime Minister, Hon. Dr. Timothy Harris.

The final activity will be the lighting of the Berkeley Memorial which will be held following the “Men in Heelz” Celebrity Dash.