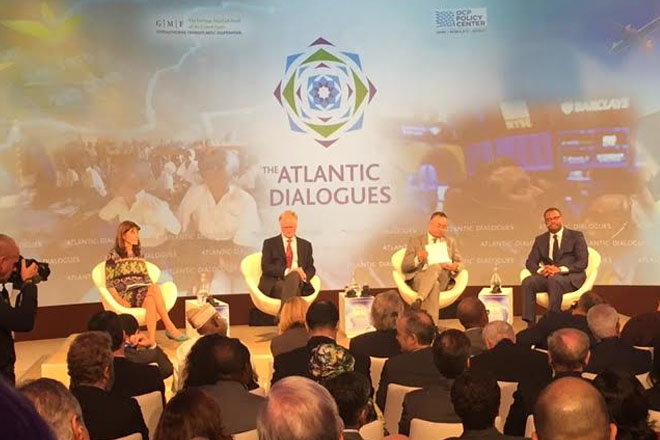 (ZIZ News) — Minister of Foreign Affairs, the Hon. Mark Brantley is among 350 political, policy, media and business leaders from North and South America, the Caribbean, Europe and West Africa participating in the Atlantic Dialogues in Morocco.

The annual high-level event, organised by the German Marshall Fund and the OCP Policy Center, aims to promote networking across the Atlantic Space in order to facilitate smart partnerships.

A release from the Ministry of Foreign Affairs states that Minister Brantley’s presence at the strategic dialogue “is in keeping with the ministry`s continued drive to seek new partners to push the Federation’s international policy agenda.”

It went on to say that “it will also allow the nation`s Chief Diplomat to dialogue with potential visitors and investors who are curious about traveling to the Federation and doing business.

While in Morocco, the Foreign Minister will hold bilateral discussions with countries and organisations including Senegal and Morocco as well as the European Union.

He is expected to highlight the developmental challenges faced by Small Island Developing States as well as give an overview of the opportunities that are available for legitimate and long-term investments in the Federation.

The release added that Brantley will also make a presentation and participate in a corporate breakfast with 20 high profile executives from the Atlantic Basin.