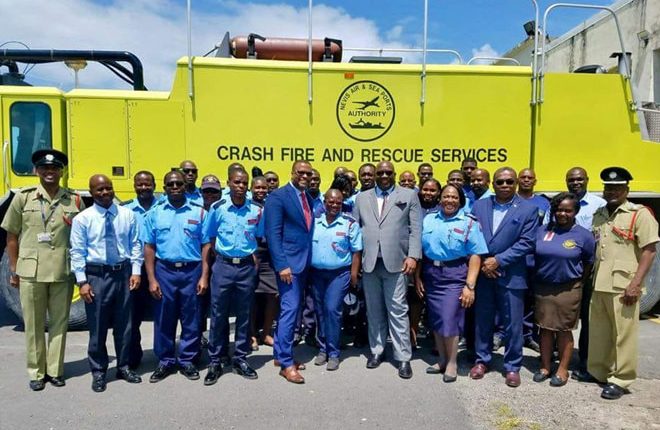 No government has taken the issue of crime and security more seriously than the unity government”. That’s according to Premier of Nevis and Minister of Foreign Affairs, the Honourable Mark Brantley who also added that the government’s record of support to law enforcement speaks for itself.

He was at the time endorsing the Police (Amendment) Bill 2018, which was successfully passed through the federal parliament on Thursday.

“We can’t expect of the police Mr. Speaker that they will give of their best if we as a government are not prepared to support them and I am here to say that no government in the history of this country has supported the police as much as this government,” Minister Brantley added, while stating that there is evidence to support his statements”.

He said the support is evident in the year-on-year record increases in the budgetary allocation for the Ministry of National Security.

“Some may say it is not only about the amount of money and that is true. But that money was used to invest and as all of us who from time to time invest, we know that investments sometimes take time to yield results; investments sometime take time to pay dividends but in order to get dividends Mr. Speaker one must invest, and we have invested year after year, more and more [in] record amounts in our security infrastructure for our country.”

An amendment of section 24 makes provisions for non-gazetted police officers with critical skills, and a desire to continue serving the public after the retirement age of 55 years, to do so with the approval of the competent authorities.