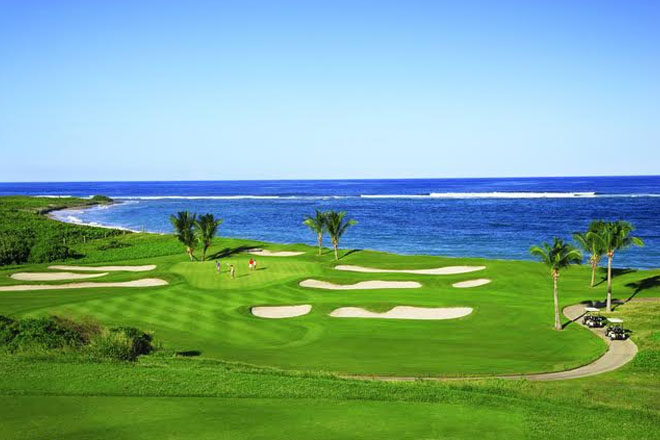 (ZIZ News) – Minister of Tourism, the Hon. Lindsay Grant has called for increased investment in the development of sports tourism.

The minister’s call came during Wednesday’s edition of the “Working for You” programme on ZIZ Radio. He reported on his own thrust in promoting sports tourism, specifically through the sport of golf.

“I was just in London, I think two weeks ago, where we signed a contract with the Barmy Army Cricket Club but they have a golf portion and they have about four thousand members. So they are going to bring the first tour here next year and they have advised me that they are going to bring about 120 persons on that tour. So if the Barmy Army comes next year with a 120 persons that would be a good start for the contract that we just signed in London two weeks ago,” Minister Grant said.

He also spoke of another agreement signed with the Golf Association of Ontario.

“About two months ago, I signed a contract with the Golf Association of (Ontario) Canada, who are also going to start a programme next year and so I believe between the two we would then have about 300 persons along with their families here for golf next year. And so we are beginning now to create that niche market through golf,” he explained.

The minister said this heightened interest in golf highlights the need for more golf courses in St. Kitts and Nevis.

He added, “In order for us to be in the forefront of that market, we have to get our two other golf courses up and going because you are not recognised as a golf market until you have three, preferably four golf courses.”

Minister Grant said the addition of the Irie Fields Golf Course at Kittitian Hill and the Tom Fazio course at Christophe Harbour will further position St. Kitts and Nevis as a leading golf destination.