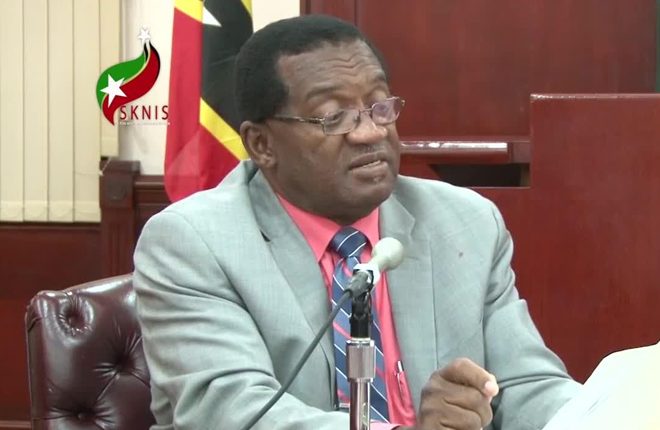 (ZIZ News) — Leader of Government Business in the House of Assembly, Hon. Eugene Hamilton says he supports Speaker of the House, Hon. Michael Perkins’ decision to dismiss the Opposition’s Motion of No Confidence filed on Friday.

He made the statements during a recent interview with director general of SKNIS, Lesroy Williams.

“I think the Speaker was absolutely right. The Motion was out of order and the Motion had no right to reach the Parliament in the state it was in. I think the Speaker conducted himself properly by giving a ruling and actually pointing to the various sections which it violates and none of them can dispute that. None of them can dispute that”, Minister Hamilton explained.

Minister Hamilton said that he believes that the Motion was not drafted by the Leader of the Opposition.

He said that the opposition must be aware of the rules of the House of Assembly that have consequences.

“If you are reflecting upon the conduct of the Speaker, you could be charged. You could be charged under the rules that allow him the privilege and there’s a Privileges Act, Section 2.4 and if you go and read it and you can see all the things that can happen to them when they conduct themselves in the way that they conducted themselves. I frankly feel that the Speaker was lenient with them”, he added.

On Friday morning the Speaker responded to claims that he gave preference to certain speakers and tried to block specific members of parliament from speaking.

During his ruling on the motion, Speaker Perkins was interrupted by members of the Opposition and eventually asked Opposition Leader, Right Hon. Dr. Denzil Douglas to leave the House of Assembly.

Dr. Douglas responded that he was already on the way out. Other members of the Opposition left with Dr. Douglas.

After the Opposition’s departure the Speaker ruled that the Motion brought by Douglas questioning the impartiality of the speaker is “Out Of Order” and is closed.