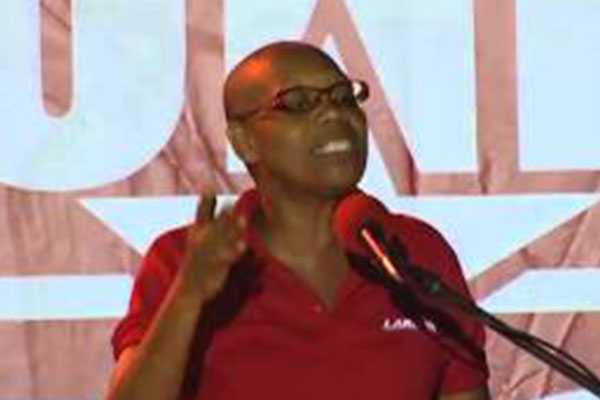 Minister Liburd: Beware of desperate people who seek to cause unrest

ZIZ News — Acting Minister of Education, Hon. Marcella Liburd has addressed the issue involving photos which surfaced on Thursday of an open sewage tank at the Beach Allen Primary School.

Minister Liburd urged the public to be vigilant as there were desperate people bent on creating mischief and unrest.

Moreover, the Minister placed full responsibility for the Beach Allen Primary School debacle on the shoulders of the Team Unity opposition coalition.

She said, “We have to be always be vigilant and on our P’s and Q’s because the evidence has shown that someone went onto the premises at Beach Allen and removed the cover from the septic. Someone went onto the premises of Beach Allen, removed the cover of the septic, took pictures and send them all over. They are coming from Unity. The pictures coming from Unity…people take note. They are so desperate they will do anything and so we have to be on our P’s and Q’s. The headmistress, the watchman, they all reported that the septic was covered. Somebody went in there, uncovered it and took pictures just so they are trying to make a point. Just how desperate and low can you get?”