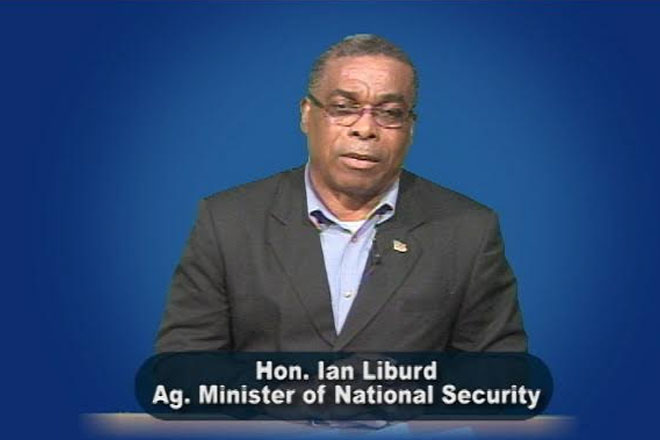 (ZIZ News) — Acting Minister of National Security, the Hon. Ian Liburd took to the airwaves to speak on the recent spate of violent crimes.

Minister Liburd noted that he visited the most recent victims at the Joseph N. France General Hospital.

“One has been discharged and the other with whom I spoke is still at the ICU at the JNF General Hospital. I had the privilege to meet his mother and two sisters who are in good spirits. So too is the victim. On behalf of the Team Unity Administration I wish him a full and speedy recovery,” he said.

He also called on everyone to support the police in their efforts to combat the recent spate of crimes and bring the criminals to justice.

“I am advised that the police are following some very positive lead and we are fully supporting them as this Team Unity Administration will leave no stone unturned to rid the scourge of crime in this country,” said the minister.