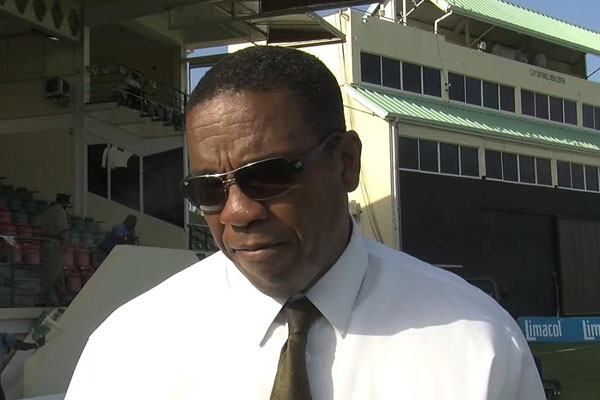 (ZIZ)– Minister of Sports, Hon. Glenn Phillip said he is elated that the Limacol Caribbean Premier League journey has come to fruition.

This comes after months of discussions and preparations were made to the Warner Park Cricket Stadium as St. Kitts is hosting the final leg of the tournament.

Speaking ahead of Thursday night’s game, Minister Phillip said the people of St. Kitts and Nevis will be exposed to an international level of cricket.

“We feel a little elated and satisfied at the same time. And the fact to see where you came from, in terms of even having the venue being improved to a certain standard to accommodate these games… from the fact where we came from being a venue who probably wasn’t established to have CPL to going through those phases of bidding, going through the whole bidding process against other territories and finally winning that bid, having cricket of an international standard, of a high standard coming into St. Kitts and our fans and the people of St. Kitts being exposed to that high level of cricket in St. Kitts,” he explained.

Minister Phillip used the opportunity to make a final plea to members of the general public to get their tickets on time.

“Glorious cricket will be played here at Warner Park and we’re asking the general public to come out. When I last checked, the stadium almost sold out and so we have to be extremely careful also as citizens of this country that we are not left out,” he said.

St. Kitts and Nevis will also host the semi-final and finals for the CPL games.