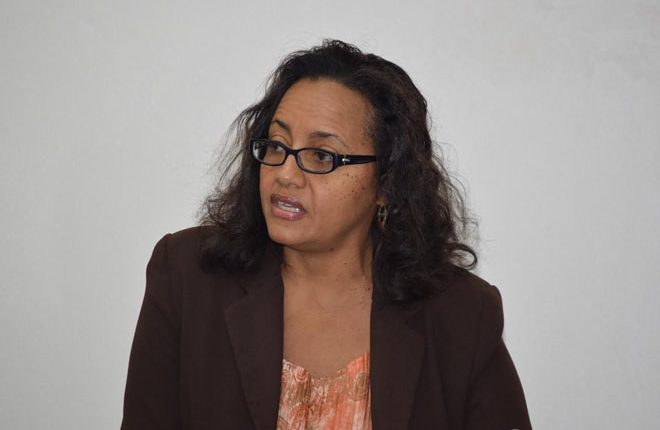 (SKNIS): Gun-related crimes have a significant impact on the healthcare system, says Minister of State, Honorable Wendy Phipps, during a sitting of parliament on June 13 at the National Assembly Chambers.
Minister Phipps stated that to alleviate the impact, it is necessary that there should be an amendment to the Firearms Bill, which seeks to enforce stiffer penalties on gun-related crimes.

“These penalties are not meant to be onerous or oppressive in terms of the way we live our lives, but rather they are to protect and preserve life, to reduce crime and to enhance public safety,” she said.

There has been a steady increase over 20 years in the number of crimes being committed with the use of firearms, said Minister Phipps, noting that these run the gamut of manslaughter, murder, attempted murder, robbery, sexual assault and kidnapping.

The minister referred to her statement during the 2017 Budget presentation where she spoke in detail on the toll that crime and gun-related violence could have on the health and social services sector.

It reads: “The gravity of the impact of crime and violent behavior on our communities, our families our social systems has indeed not lessened, it has become worse. Crime continues to place heavy burdens on our health infrastructure.”

In her address, she further noted that “from January to November, 2016 alone the Joseph N. France General Hospital had recorded 28 cases of gunshot wounds and 13 of them requiring surgery with most of the victims of such crimes being young men,” she said, adding that a number of them were repeat victims.

Emergency calls have a considerable impact on surgeons, the Intensive Care Unit (ICU), the EMS workers, accident and emergency and the surgical theater staff. “Many of whom would have invested a full day’s work only to be called out again to address these crime related emergencies,” said the minister.

“The physical toll on such healthcare workers is therefore relatively high,” she said. “After such long hall shifts, the said workers are expected to come out to work the following day to begin the work routine all over again regardless of whether they are well rested or sleep deprived.”
Minister Phipps stated that the health system is also impacted when it comes to operational cost of the hospitals including the use of the ambulance and the Accident and Emergency Departments and the preoccupation with victims of gun violence. This, she says, affects less critical patients seeking care, medication, hospitalization, lab tests and blood reserves.

The minister said that in a number of cases, the patients of gun violence are not equipped to settle their bills with the hospital “although the cost of their care can often be astronomical.”

In addition to this there is a general feeling of fear and discomfort among workers at the hospital, “who must render care to victims of gun violence who may be the target of future assaults even within the walls of the hospital,” said Minister Phipps, adding that the situation is made worse when such victims of gun violence are known and suspected criminals themselves.

The minister reiterated that the Bill must be amended to help alleviate these issues. She said that it would “naturally” result in the reduction in gun offenses “if only for no other reason than planting fear into potential perpetrators of the amount of time that would be spent in incarceration and maybe worse.”