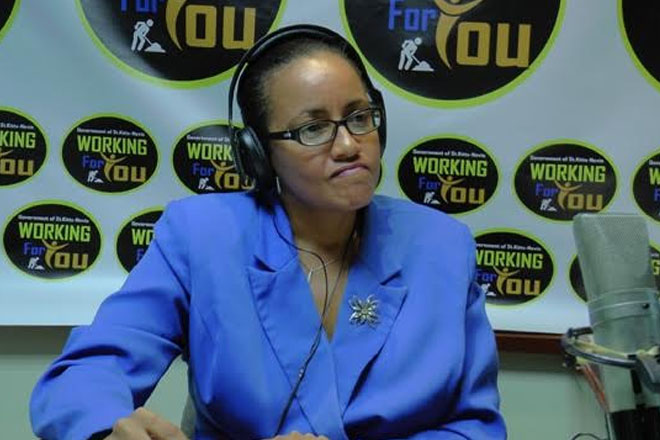 (ZIZ News) – Senator the Hon. Wendy Phipps has said she is honoured to use her position as a Minister of Government to inspire women across St. Kitts and Nevis.

Speaking during Wednesday’s edition of “Working for You” on ZIZ Radio, Minister Phipps said her elevation to a ministerial post should serve as an example of what women can achieve.

“There are persons who will look at the composition of the Cabinet and figure well there is only one female in there. So is it a case of affirmative action or is it a case of tokenism and I don’t think either would be an accurate description,” Minister Phipps stated adding, “I think by definition, what we should be moving towards, both regionally, locally and by extension internationally, is to have greater representation of women in all facets of development, including leadership from the top.”

Phipps said she will use her post to advocate for the introduction of policies and programmes that will benefit women.

“It’s also evident that women constitute, by and large, the largest membership in churches and also within the workforce, both the civilian workforce and outside of that meaning the private sector workforce. And in the case of St. Kitts and Nevis, most of our families, at least 50 percent of them, are families that are headed by females and in most cases they are single-parent households. So by extension the representation within the Cabinet is really meant to advocate for and to lobby for the plans and programmes that will be designed to assist those given the challenges that are contingent with raising a family, perhaps juggling family and career,” shje said.

Minister Phipps serves as Minister of State within the Ministry of Gender Affairs, Community Development, Social Services and Health.