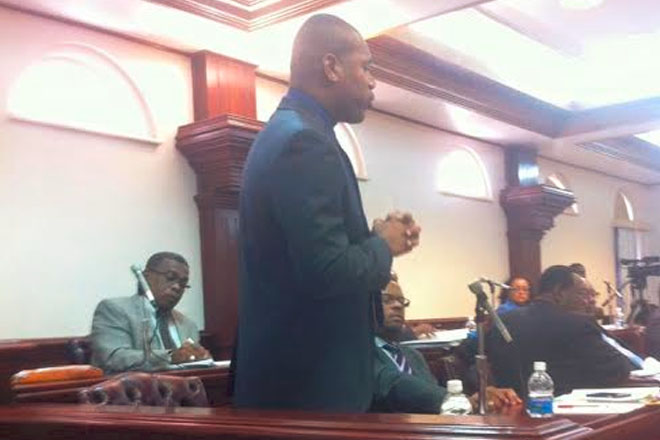 Speaking at this week’s National Assembly sitting, Minister Richards said the current shift system between BHS and the Washington Archibald High School is not ideal so they are considering other alternatives.

“We’re in the process of reviewing the options which are before us. We have said quite publicly that we have received one proposal about doing some repairs, renovations to the Fort Thomas Hotel,” he said.

Richards said the Teachers’ Union representative and the public works employee, upon their return to St. Kitts, will advise the government on the possibility of sourcing the modular classrooms.

He accused the former government of not paying “enough due care and attention to the students and teachers of BHS.”

“In February when I became the Minister of Education, you still had a number of problems lingering which in my view, Mr. Speaker, had persons put their efforts and attention into dealing with the institution, some of these problems, Mr. Speaker, could have been easily fixed,” he said.

Minister Richards said he was shocked at the working conditions of the school, as teachers were without what he termed “basic” necessities.

“Mr. Speaker, basic stuff such as internet and telephone access wasn’t provided. Those were not provided for by the staff at the Basseterre High School Mr. Speaker, and you can only imagine the stress under which they had to operate at the Washington Archibald High School,” he said.