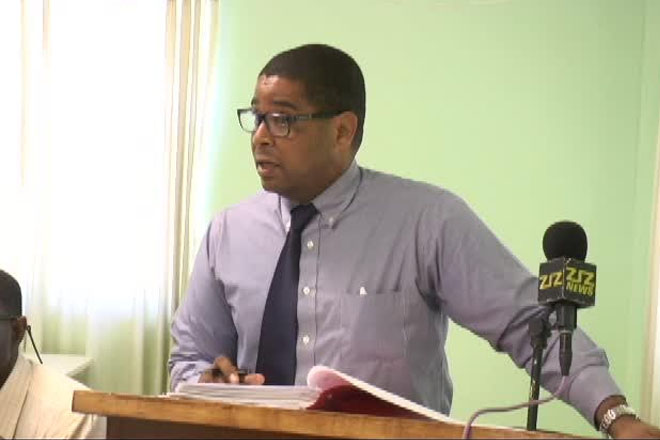 Ministry of Health Prepared for Storm

(ZIZ News) – Permanent Secretary in the Ministry of Health, Andrew Skerritt said his ministry has proper emergency plans in effect, pending a disaster.

Skerritt said the health institutions, which already have their plans of action in place, are Pogson Medical Centre, JNF General Hospital, the Cardin Home and the Mary Charles Hospital.

“In the event of a hurricane, we put the plans in place which include only critical patients will stay at the hospital. There is an assessment done immediately before and the ones that aren’t too critical are sent home,” Skerritt said.

“All of the patients are usually housed in one ward, usually one or two medical and maternity so that to get some control of what’s happening in our hospitals and open facility. The Intensive Care Unit is always functional no matter what,” he explained.

He said in the event of an emergency, a special team of health care workers, including theatre workers and doctors, will be immediately called out and assigned to work during the storm.

As it relates to uninterrupted services at the major hospitals, the Permanent Secretary said there are generators there, as well as a good supply of water.

“There’s a 60 thousand gallon water supply at JNF. There’s also extra water supply at Pogson. We had that installed at least two years ago as part of the Smart Project. This water is tested by the environmental health officers on a regular basis so we do have back up water at the two main hospitals and a lesser one at the Mary Charles Hospital,” he said.

Skerritt said there are also adequate medical supplies, adding that protocol has been set for securing vaccines and medication.

He said before the storm, they will seek assistance from the Parks and Beaches Unit in pruning trees.