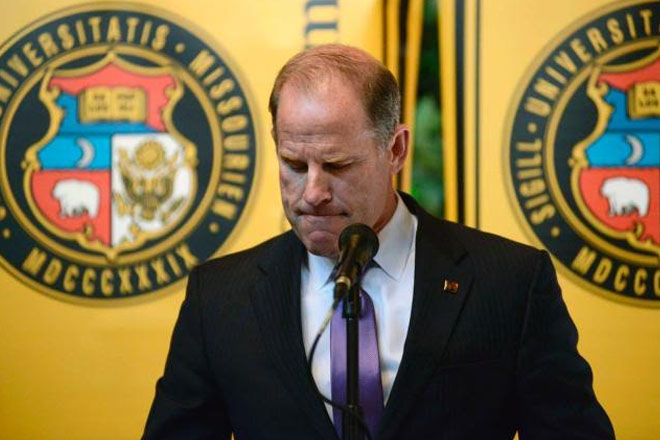 The University of Missouri System’s President, Tim Wolfe, and the Chancellor of the flagship campus, R. Bowen Loftin, announced on Monday that they were resigning their posts in the face of growing protests by African-American students, the threat of a walkout by faculty and a strike by football players who said the administrators had done too little to combat racism on campus.

Wolfe made the stunning announcement at the start of a special Board of Curators meeting, Monday morning, that had been scheduled to address the growing crisis at the Show Me state’s flagship university.

The board voted in favor of accepting his resignation. Several hours later, Loftin, Chancellor of the University’s Columbia Campus, announced he will step down from his post by the end of the year as well.