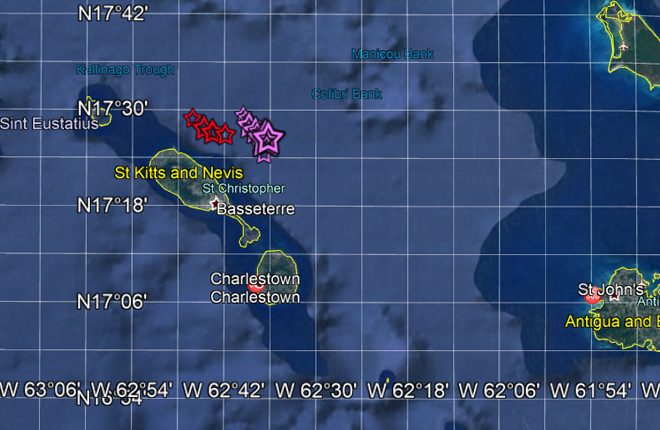 The National Emergency Management Agency and the University of the West Indies Seismic Research Centre have been monitoring St. Kitts and Nevis following a spike in underwater earthquake activity over the weekend.

Media reports have indicated that the seismic research centre recorded 54 earthquakes near the northern end of St. Kitts between Thursday at 4:28 pm and Friday at 9:50 am.

The quakes registered between 1.2 and 4.1 on the Richter scale.

NEMA’s deputy national disaster coordinator, Claricia Langley Stevens said while there was a spike during that period, the number of quakes the following day decreased.

Langley Stevens said, however, there is no need to panic and that NEMA is constantly monitoring seismic activity near the federation and if there are any further developments the media will be contacted.