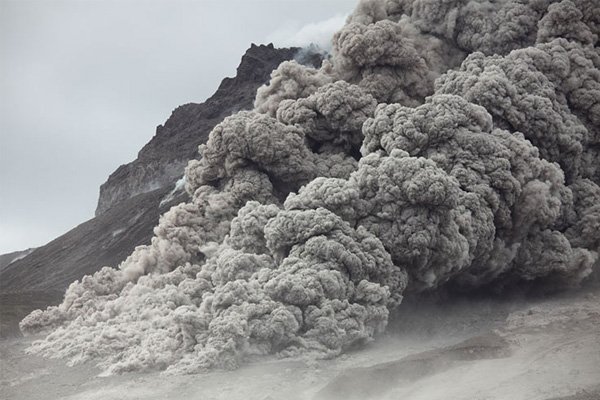 Southampton, United Kingdom CMC — Britain’s National Oceanography Centre (NOC) says tsunamis triggered by the partial collapse of the Montserrat volcano 13,000 years ago would have been much smaller than previously thought.

This is according to research soon to be published in Geochemistry, Geophysics and Geosystems.

“The collapse of a volcano can lead to explosive eruptions or tsunamis, the size of which depends on the dynamics of the failure,” the NOC said.

“It was previously thought that a large submarine deposit of sediment at the base of the Montserrat volcano was the result of the abrupt, large scale collapse of the volcanic island into the sea,” NOC said. “Therefore, it had been thought that a high magnitude tsunami must have followed”.

However, by analyzing sediment cores drilled during the US$8 million “International Ocean Discovery Programme” (IODP) expedition to Montserrat in 2012, research shows that this deposit was in fact largely seafloor sediment.

“This finding infers that an initial landslide from the volcano triggered much more extensive failure of submarine sediment layers around the base of the volcano,” NOC said. “This would have generated a much smaller tsunami than if all of the material had fallen from the main volcanic edifice”.

An international team of geologists including Dr. Peter Talling, who leads a NOC group dedicated to studying submarine mass movements and their associated hazard, helped to collect and describe these cores..

According to the NOC, this was the first time that sediment from the large-scale collapse of a volcanic island has been successfully drilled for scientific purposes.