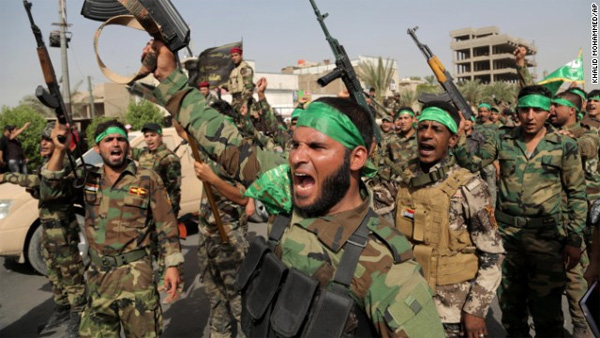 More than 50 bodies, including 2 children, found in Iraq

Two children were among the dozens of bodies found in different parts of the town.

Details about the circumstances of the deaths were not immediately available, and officials did not say when the people may have been killed.

The discoveries follow weeks of carnage across the country as Iraqi forces battle radical Sunni militants from the Islamic State in Iraq and Syria.

ISIS, an al Qaeda splinter group, has seized large areas of northern and western Iraq in an offensive that began last month. The terror group has also made major gains in Syria in its quest to establish an Islamic state spanning both countries.

Not far from Alexandria, at least five people were killed and 17 wounded by three car bombs that exploded in front of a courthouse in the town of Hilla, security and medical officials said.

Hilla is about 92 kilometers (57 miles) south of Baghdad.

The explosions occurred one right after another, the officials said.