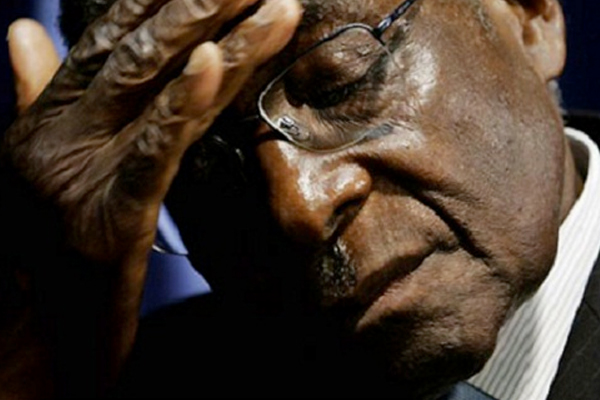 Harare, Zimbabwe (AP) — Zimbabwe’s festive season is marked by continued political infighting and financial austerity, as the president fired two more cabinet ministers and the country’s civil servants learned they will not get annual holiday bonuses.

President Robert Mugabe fired two cabinet ministers and five deputy ministers believed to be loyal to Vice President Joice Mujuru, who was ousted earlier this month in what analysts have described as a political purge.

The president said minister of state for presidential affairs, Flora Bhuka, and the minister of state in the vice president’s office, Sylvester Nguni, and five deputies were fired for performing below the expected standard, according to a statement released on Sunday by Mugabe’s office.

The 90-year-old leader, who has ruled the country since 1980, is on his annual vacation out of the country.

Earlier this month, Mugabe accused Mujuru and her allies of plotting to assassinate him. Days later, he fired her as vice president, along with nine other government ministers and deputy ministers believed to be loyal to her.

The government also said it cannot afford to pay bonuses this year to about 248,000 civil servants. The annual bonuses will only be paid to those working in the security forces.

“This is scandalous,” Ladistious Zunde, a teachers’ union leader told the Associated Press. “Our members cannot plan for anything in the face of uncertainty and the future is bleak since this has happened before and industries continue to close.”

Zunde said the government promised to pay outstanding bonuses in January, but that he and other civil servants were doubtful.

Christmas spending is down this year, according to Harare street vendors.

Finance Minister Patrick Chinamasa announced last week that the government will also lay off employees next year. Chinamasa told parliament that 82 percent of the country’s $4.1 billion budget is spent on salaries.

Following Zimbabwe’s financial collapse in the early 2000s, the government has become the country’s main employer, with the civil service increasing from 315,000 in 2009 to 554,000 this year, said Chinamasa.